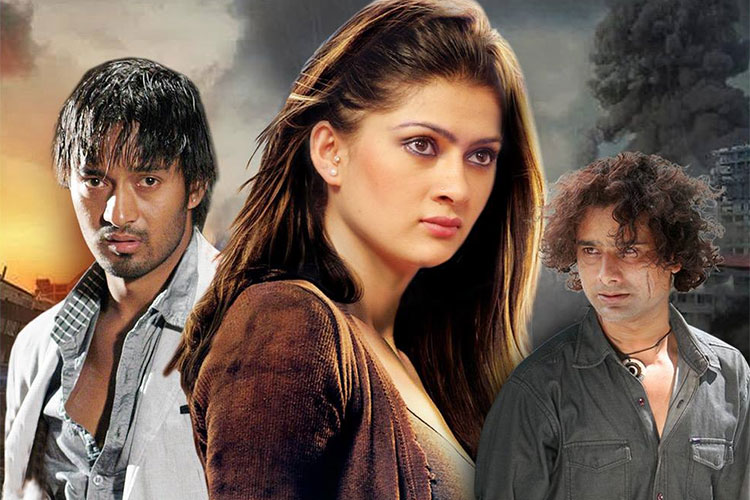 Director Rishi Lamichhane informed that the film that was delayed since two years owing to different reasons and now the film is ready for release.

During the function, actor Rajan Khatiwada appeared semi-naked inking ‘Sorry la’ in his body while singer Shiva Pariyar was singing the title song of the film.

Subash Thapa, Rajan, Anita Acharya, Martin Khan, Anju KC and Roshan as child artists have acted in the film produced by Krishna Bahadur Maharjan under the banner of The Black Rose films.

Basanta Sapkota and Sailendra Shrestha have composed songs of the film written by Anju KC. The film is choreographed by Babbu Thapa, edited by Rabindra Khadka and shot by Ram Sharan Upreti, while Roshan Shrestha is fight director of the movie.

Gopal Kayastha and FD Company will distribute the film in Kathmandu Valley and outside valley respectively.