30th of Chaitra 2071 became entertaining with music, fun and fashion with Rhythm Night showcased at Hotel Radisson, Lazimpat. The event organized by ABC Television and live telecast through it had a complete package of entertainment to give farewell to the Nepali year 2071 and welcome the year 2072. The event took off with the performance of a musical band named Third Chapter who played some good numbers to give a perfect start for the event. 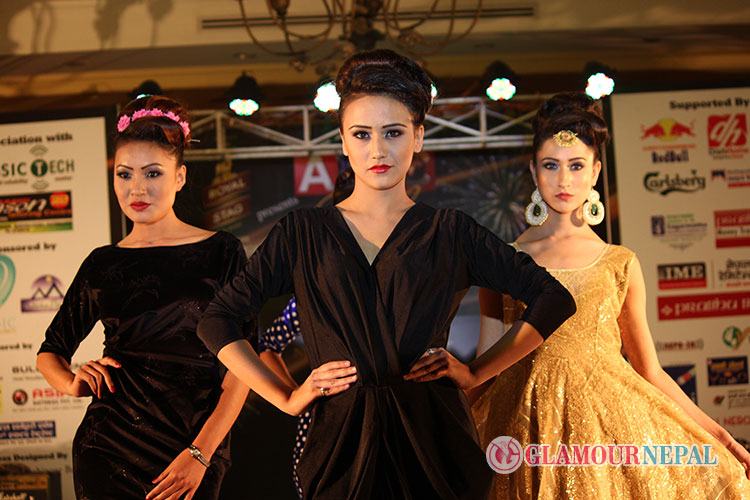 Then came gorgeous female and male models with five round of fashion sequences featuring the dresses designed by Rojina Shrestha from Kaira Boutique and Samu Timilsena from Kohinoor Boutique. The models flaunted various dresses majorly the saris, kurta salwars, evening gowns, lehengas, anarkalis and one piece designs. The fashion sequence came to the end with former Miss Nepal Shristi Shrestha appearing as a show stopper wearing Astik designs by the designer Astik Sherchan. The show was been choreographed by Dhiraj Tandukar.

The event been managed by Better Galaxay Entertainment and FEM Nepal had musical performances by female performers Suman Gurung and Shashi Rawal while humor to the show was been added by Mahadev Tripathi and cameo duo Cockroach and Bale. Dance performances were given by team of Group 1 creation and duo Roma Neupane and Suman Sagar Jung K.C. The event moved on with more of music by singer Nabin K Bhattarai and his band Atripta while DJ Ray, DJ Newa, DJ Chantey played their music till late night. 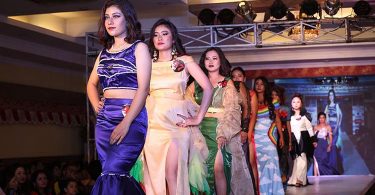 'Dress to Impress' a fashion show-based fashion designer's competition where the participating designers would showcase their...