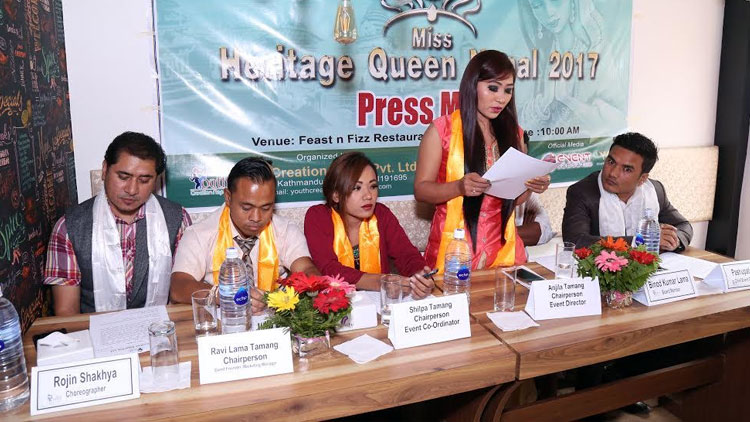 The pageant aimed to contribute in the conservation and promotion of Heritage named as Miss Heritage Queen Nepal 2017 is been launched.

The event initiated by Youth Creation Nepal aims to create awareness on the importance of heritage and its various elements. The event was been launched in a press meet recently been held in Kathmandu. The event is scheduled to showcase at Rastriya Naachghar, Jamal on 5th of Shrawan 2074.

According to organizing team, the event is opened to the interested participants and they should fall under 16 to 25 years of age category, need to stand minimum five feet and should bear SLC as the minimum qualification.

After the auditions round, the shortlisted candidates would go through grooming session majorly to be conducted by Choreographer Rojin Shakya and then would compete in the finals for the major title award.