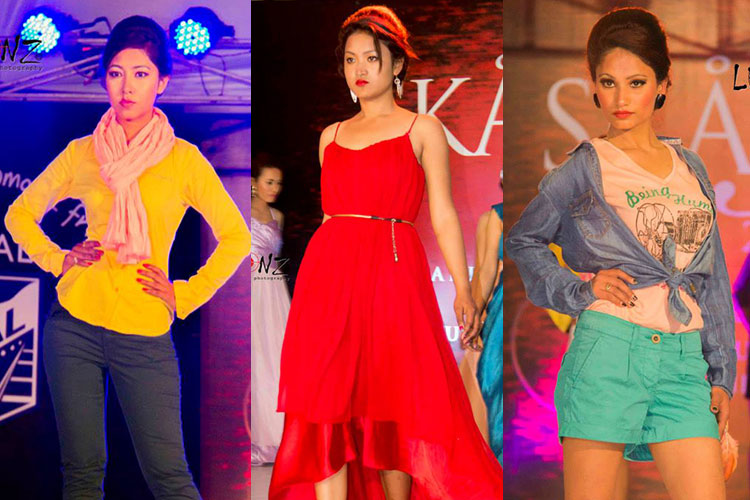 Glamour Nepal, Kathmandu – Recently An international association of travel professionals, SKAL celebrated its fund raising event at Hotel Annapurna, Durbarmarg. The event featured various dance numbers, among them the belly dance was the center of attraction. Along with that the event featured four number fashion sequences that made the event even more interesting.

The first round of the sequence featured the various full length attires with the use of local fabrics finally given to the shape to the modern day dressing. The second sequence featured the haku patasi attires drapped in modern day style whereas third sequence gave the view of various styles and designs of floor length red carpet gowns. Fourth round featured the newly launched brand called being human which brought various casual lines of women dressing.

The show stopper for this sequence was Amelia Rose Hilary, the grand daughter to sir Edmund Hilary. The fashion sequences featured the fashion designing students of Namuna college of fashion technology and the contestants along with winners of miss jyapu pageant 2013 organized by Nasa Mandal. The fashion show and dresses besides being human wear was been designed by the designers of Namuna college whereas show choreography was been done by Rojin Shakya.