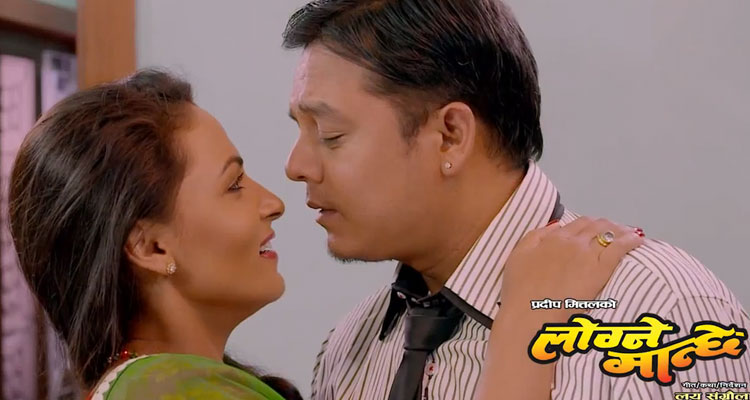 Glamour Nepal, Kathmandu
‘Logne Manchhe’ based on family love story has unveiled its promo. The film that has presented love and war between wife and husband, Dilip Rayamajhi and Nandita KC are in lead roles.

The film produced by Pradip Mittal is directed by Laya Sangraoula. Sangraoula, a renowned name in Tele films direction, is debuting in film direction. He said he has raised story of a woman abused by man.

The film is slated to be released from Falgun 23. The cinematography is by Krishna Shrestha, dance by Kabiraj Gahatraj, fight by Roshan Shrestha and is edited by Wanish Sha. The film will be distributed by Gopal Kayastha in Kathmandu and by FD Company outside the capital.