Model turned actress Reecha Sharma was spotted in the Nepali silver screen from the movie ‘First Love’ by Simosh Sunuwar. But in the year 2012 though she was in the supporting role, in the movie ‘Loot’ made her popular. 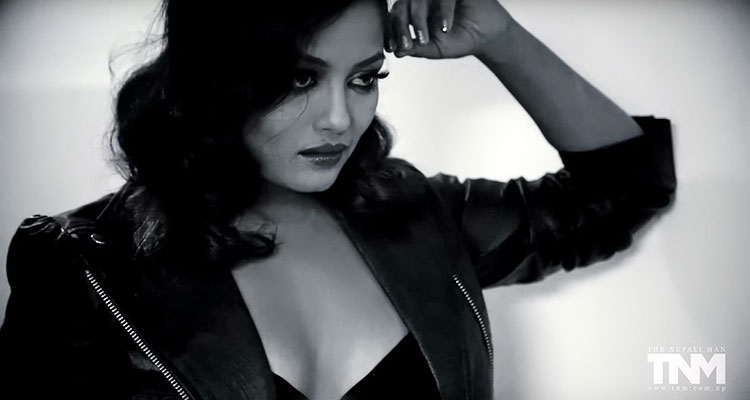 The Visa Girl actress was highly acclaimed for her deglamourized role in the movie ‘Talakjung Vs Tulke’. She would be soon hit the theaters with her power roles in the upcoming movies ‘Ko Afno’ and ‘Junge’.

The actress has surprisingly been seen in the video of the photo shoot where she has really transformed herself into a hot glam diva never seen so far as before. The photo shoot was been conducted by popular photographer Kishor Kayastha.

The images of the photo shoot would feature in the magazine TNM, The Nepali Man. The sexy sultry looks of Reecha would definitely create buzz as it can be sensed in the video of related photo shoot. Styled by Sayal Shrestha Reecha would be seen wearing crossroad apparel – Subexya Bhadel. For the images, need to wait for the coming up issue (February 2016) of TNM Magazine.