The first season of Miss Teen Globe event has been concluded in Kathmandu. Among the twenty eight contestants Aastha Shah was been chosen as the winner. Apart from winning Miss Teen Globe Aastha was also successful to register her name in the sub category of miss beautiful. 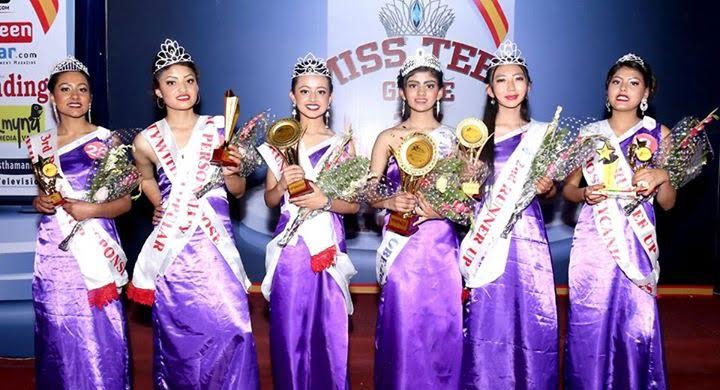 In the event Suwarna Simkhada earned first runner-up while Reshima Lama was chosen as second runner-up. Suwarna was also successful at awards of most photogenic and miss talent while Reshima grabbed the award of fashion icon.

Likewise the event saw Pooja Acharya and Sajita Dahal as third and forth runner-ups respectively. Pooja also earned the award of youth with responsibility while Sajita was also awarded as the winner of most iconic eyes.

The event was showcased at Rastriya Naachghar, Jamal on 2nd of Baisakh 2074 and was organized by Star One entertainment. The choreography was been performed by Aswini Jha.