Popular Nepali folk rock band Nepathya is all set to perform in Los Angeles and Atlanta with their mottos ‘Music for Unity’ and ‘Sundar Shanta Nepal’. According to Nepalaya; Nepathya will perform at the Barnum Hall in Los Angeles on 25 June and at the Centre Stage in Atlanta on 2nd July. 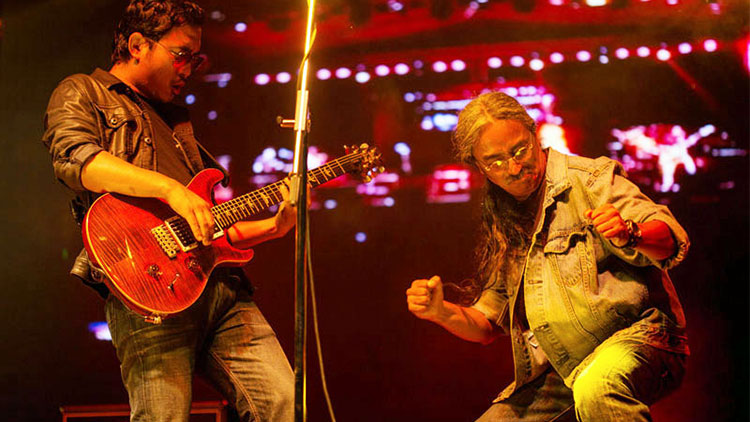 The US tour would coincide with the Association of Nepalese in the America (ANA)’s annual convention.

This is second affiliation with the institution. Earlier, the rock band had performed in ANA’s convention in Phoenix, Arizona in 2004.

The band had performed at the Manhattan Centre in New York last year.

Leader of the band member – Amrit Gurung said the musical tour would be positive in promoting brotherhood in the foreign cities with their mottos ‘Music for Unity’ and ‘Sundar Shanta Nepal’.