“Magical Saturday in New York with Nepathya Band. They were incredible, crowd energy infectious… Jai Nepal” Tweeted Fashion Designer Prabal Gurung. Along with Prabal, many Nepalese had gathered at the Manhattan Center to witness Nepathya’s maiden concert here in NYC. 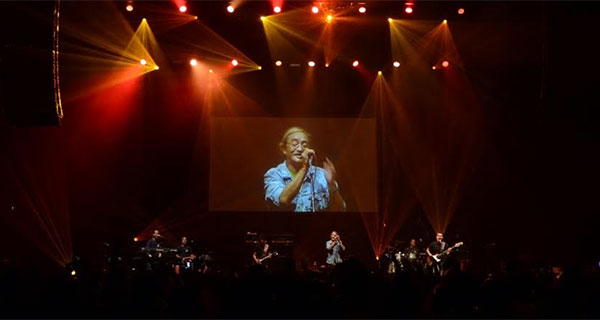 The concert started with a song ‘Nase Chyaba’. The band entertained to the Audience for a complete two hours. Nepathya front-man Amrit Gurung also sang ‘Rato ra Chandra Surya’ urging all to unite for a Nepali cause.

The band has been busy with their tours during 2015. They have travelled around Australia, Tokyo, Dubai and London. “There have been many attempts and queries to host Nepathya in the U.S.,” said Kiran Shrestha of Nepalaya. “We are glad to have made this tour” He added. 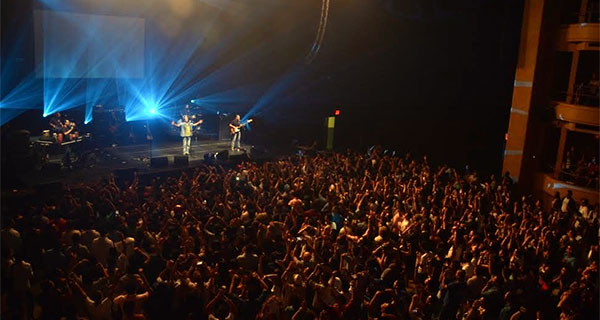 Nepathya has remained popular among all age groups for the past 23 years of its existence. The demand for Nepathya to perform in the U.S. has been due for a long time.

The theme of the New York Show was – “Music for Unity”.

“I have seen Nepali societies become more fragmented” Amrit sighed. “I request Nepalese living all over the world to remain united.” He added.
Nepathya ‘s U.S. show was accompanied by- Dhurba Lama on drums, Suraj Thapa on Keyboards, Subin Shakya on Bass, Niraj Gurung on Guitars and Shanti Rayamajhi on Madal.