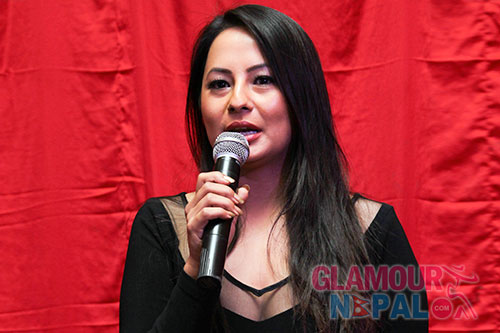 Glamour Nepal, Kathmandu – Former Miss Nepal Malvika Subba is now to be known as a movie maker. Being the executive producer of the movie named HOW FUNNY; Malvika is making her way towards movie making business. The movie is to made under banner named Tiny But Big Pictures and would be produced by Ang Nuru Sherpa (Pheriche), Tshering Lamu Sherpa and Nima Tashi Sherpa. The movie is directed by Nilu Doma Sherpa. Ms. Sherpa has a degree in filmmaking from the Asian Academy of Film and Television, India. She has done short films like KAGAJ which was nominated for best short film in the SAARC film festival in 2012. Her forte is short films and this is her first attempt at a feature film in Nepal.

As per the title of the movie, it would be a comedy and would be about friendship, hope and courage. As per the movie the story will revolves around three girls who are very different from each other yet there are moments and circumstances that tie them together. The leading ladies of the movie would be Priyanka Karki, Keki Adhikari and Nisha Adhikari whereas Dayahang Rai and Anoop Bikram Shahi in the male leads. As been told the shooting schedule of the movie would move on by the month of November 2014 and is planned to release in the month of April 2015.

Watch Poster of the movie HOW FUNNY.