Aishwarya Rai Bachchan is here in impressively wonderful video song from her latest movie ‘Jazbaa’, where she shows the pain of what her character set out through the film!

Aishwarya is seen dressed in an insanely gorgeous all black ensembles. The song has been shot against a decrepit setting of building ruins so that the look and feel of the song is in keeping with the general theme of the movie as well. 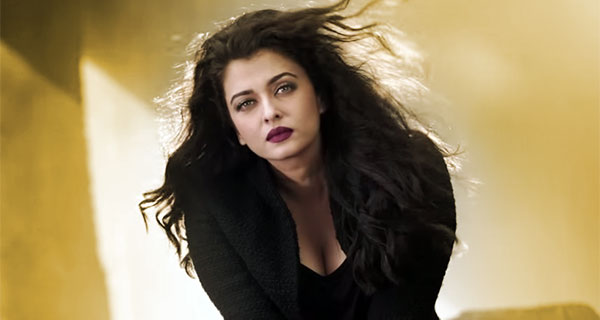 In the video, Aishwarya Rai Bachchan looks like a diva in black, which works out well against the background; her eyes speak a lot of pain, anger and sorrow to what’s the massive issue that’s causing her all the pain!

Aishwarya Rai Bachchan is playing as a lawyer and a loving mother in the movie directed by Sanjay Gupta. There is no romantic interest opposite her, and hence the plot doesn’t warranty any songs. Bandeyaa song will be placed right during the end credits, as seen in many of the Bollywood movies.

Jazbaa, a film directed by Sanjay Gupta. Aishwarya Rai Bachchan is in the lead role with Irrfan Khan and Shabana Azmi in supporting roles.