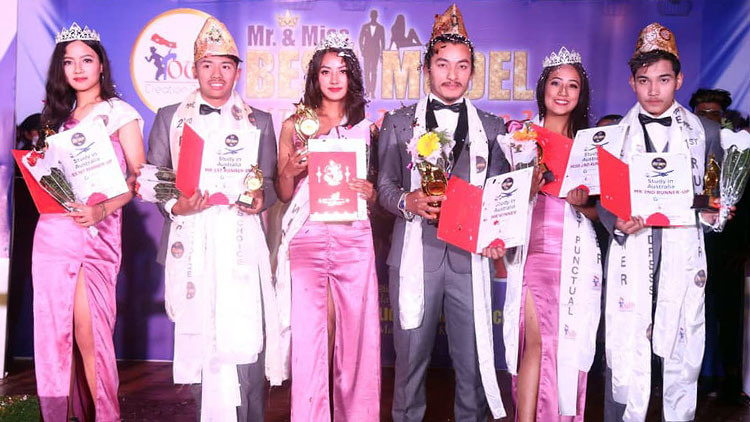 In the modeling competition entitled Mr. & Miss Best Model of the year 2020, Dhurba Shrestha and Bimala Limbu have been chosen as the winners. In the event, Ashok Magar and Rojina Tamang succeeded as first runner-up while Sajan Tamang and Swostika Shrestha stood as second runner-up.

The event was been organized by Youth Creation Nepal and was showcased at More Burger and Delicious Fried Chicken, Boudha Ramhiti, Mahangkal. The event was been choreographed and emceed by Rojin Shakya. The event had Event organizer and choreographer Dheeraj Tandukar, Make-up Artist Swastika Rajbhandari, Actress Sushma Adhikari and International Nepalese Model Deepak Ghimire as the jury members.