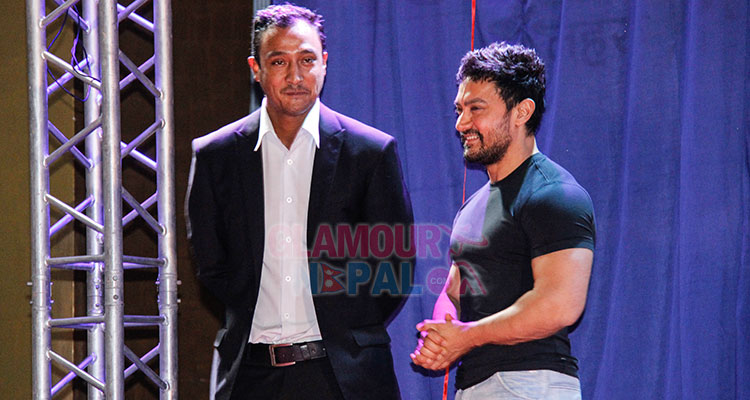 Paras Khadka and Aamir Khan During a function in Kathmandu on Thursday. Photo Courtesy: Satyan Shrestha

Referring to a news story “Paras neglected with Aamir’s arrival” published in one of the online news portal, Rai took to Facebook expressing his disapproval. “Our nation is great for us, not Aamir. 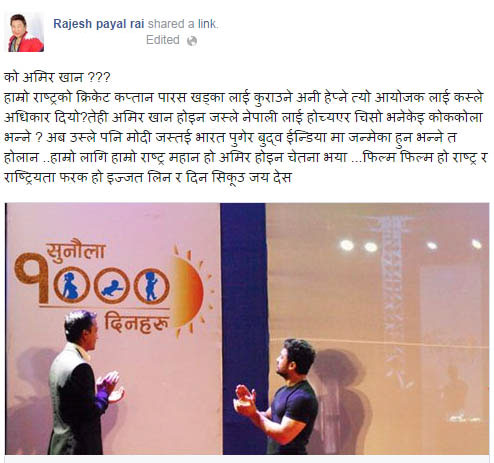 During a function in Kathmandu on Thursday to announce Aamir as Goodwill Ambassador of UNICEF for South Asia, Paras was also invited in the capacity of Goodwill Ambassador for Nepal. Both Aamir and Paras were scheduled to jointly inaugurate 1,000 Days Campaign – an undertaking aimed at helping children and mothers in 15 districts. Rai has expressed his stern disagreement with the organizers for inviting Aamir to the dais, while asking Paras to sit with audiences.

Paras stepped up to the dais only while unveiling the campaign and spoke for a minute after organizers asked him to comment in short. During the function, Aamir spoke over 20 minutes on importance of breast feeding.