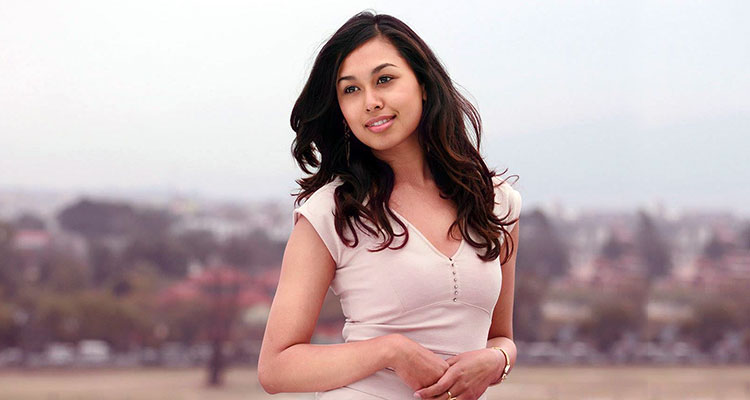 As per the press note Prinsha was been dethroned from her position on the basis of following grounds:
# Misconduct, indiscipline and unacceptable behavior as the title holder.
# Controversial public image in the form of questionable behavior and Mass Media appearance
# Travelling outside the country without the consent of the organizer of Miss Nepal pageant to represent the nation.
# Participation in an international pageant which is in conflict of interest with The Hidden Treasure Pvt. Ltd as a reigning Miss Nepal Earth 2014. 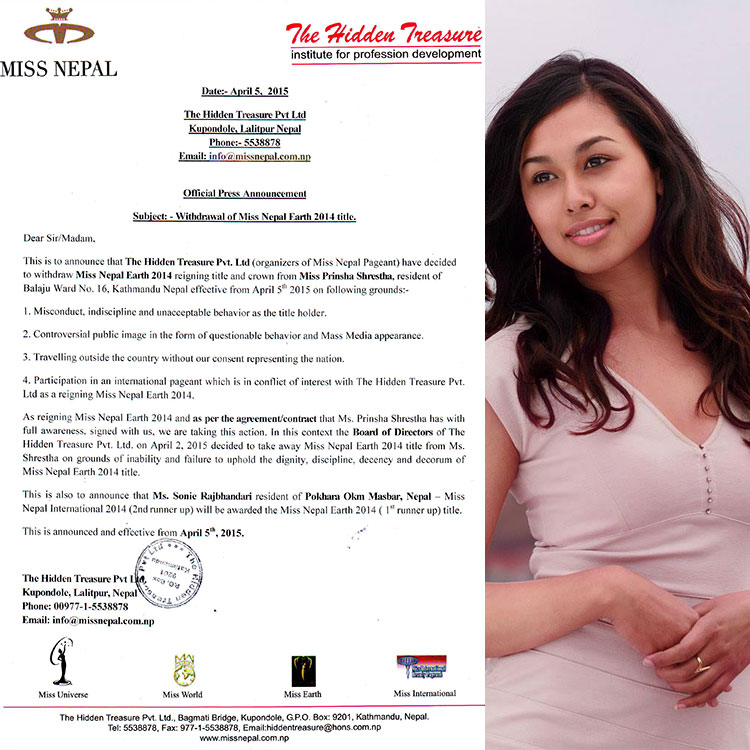 As per provision, Miss Nepal Earth has to take permission from The Hidden Treasure to participate in such completion unless new Miss Nepal is selected.
After being placed as the first runner-ups for Miss Nepal 2014 on 2nd of May 2014, 19th of Baisakh 2071 held at Army Officers club Prinsha Shrestha was awarded as Miss Nepal Earth 2014. She represented Nepal at the 14th edition of Miss Earth 2014 held on November 29, 2014 at the University of the Philippines Theater in Diliman, Quezon City, Philippines. During the representation at Miss Earth 2014 Prinsha Shrestha won Miss Earth Forum’s People Choice Award. Prinsha also won the Eco Beauty Video Title Award at the Miss Earth Peagant 2014.

Right now Prinsha is competing for Miss ECO Queen 2015 at Egypt after travelling from Nepal to Egypt by Oman Air. In the competition she has stood as winner of best smile category and second position in the talent awards. Miss ECO Queen 2015 is an international beauty contest founded by the LTCP Organization “BEAUTY FOR A CAUSE” aiming to awaken, through the theme of Economic & Environment.

Back in the year 1998 Jyoti Pradhan was also dethroned from Miss Nepal 1998 title. Jyoti after competing for Miss World 1998 held at Seychelle, she left for America and did not returned back to Nepal which made The Hidden Treasure Pvt. Ltd. to dethrone her crown for not being able to manage her duties as reigning Miss Nepal and not fulfilling the contract as been signed. As per the situation first runner-ups Niru Shrestha was then handed as Miss Nepal 1998.