A Nepali student Nirvana Bista of Hattigauda, Kathmandu studying in Mussoorie, India, has set the record of the World Fastest Guitar Player He played “Flight of the Bumblebee” at a tempo 1600 bpm (beats per minute) improve on the earlier record of American Daniel Himebauch who had the record at 1300 bpm. 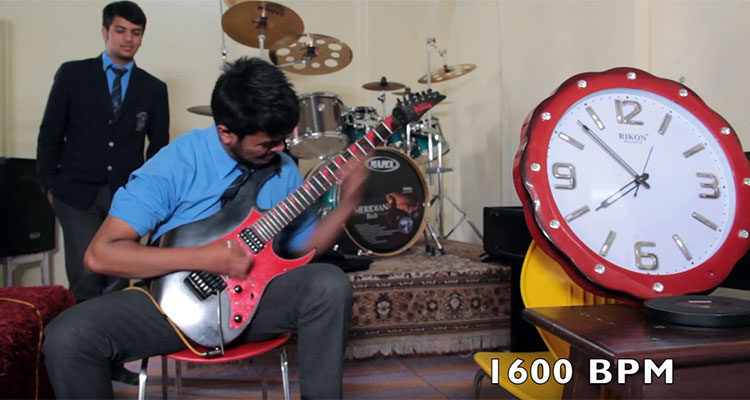 The Registry of Official World Records in UK confirmed Bista’s achievement as a new world record.

His mother Shailee Rana informed a video record of Bista playing the guitar at his school St. Georges in Mussoorie was sent to the registry’s office. After expert’s examination on the video, Bista was awarded with a certificate on May 2, 2015, as the World’s Fastest Guitar Player.

Nirvana Bista has attributed his achievement to his music teacher Nabin Jaan and his family. His mother Rana said the record was in process for the Guinness World Records. He is a Grade 10 student in the school. His father Prof. Dr. Prakash Bista is chief of Department of Neurosurgery in Bir Hospital.