In recent years Nepali movies seems to understand the pulse of its domestic audience and as per that ticket counters are being packed as well. Not only domestic but also the overseas marketing is been increased from few charity shows to number of commercial shows.

Regarding to this Runway Fashion House run by Subash (Anish) Singh Thakuri has settled down an agreement with Aasusen films regarding the overseas distribution rights of Nepali movie PREM GEET. The movie made under the banner of Aasusen films and produced by Santosh Sen was one of the major hits of this year.

In an event organized recently to make the media people aware about the agreement been made between Runway Fashion House and Aasusen Films regarding the overseas distribution rights of PREM GEET, the chairperson of Runway Fashion House Subash Singh Thakuri showed confidence and commitment to do effective marketing of PREM GEET and establish a benchmark in the overseas market for other Nepali movies.

Likewise Chairman of Aasusen films Santosh Sen said that it was a pleasure for him to get a helping hand like Runway fashion house to market his movie in the overseas market. He also added that it would be a great start with his movie and would look forward for more Nepali movies to take the overseas platform in upcoming days. 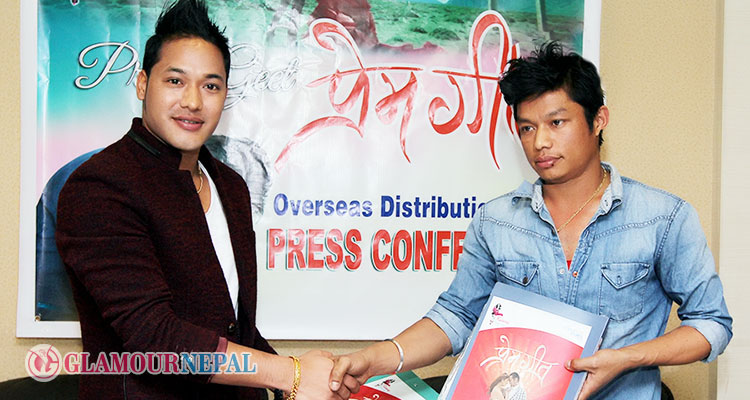 During the event the signed documents were been exchanged among the concerned bodies. The overseas distribution rights will allow screening of PREM GEET in various overseas locations including Singapore, Malaysia, Thailand, India, Australia, Portugal, USA, UAE, Qatar, Bahrain, Oman, Korea, France, UK, Germany and others.