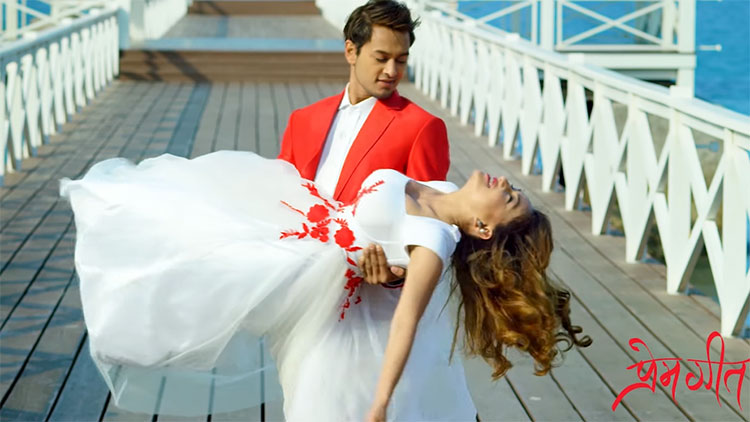 The title track from the most awaited next movie ‘Prem Geet 2’ has been released via you tube. Eye-Catching song titled ‘Kahani Yo Prem Geet Ko…’ is filmed in Thailand and Myanmar, where we can see a lovely couple Pradeep Khadka and Ashlesha Thakuri’s romantic moods in beautiful locations.

The song is beautifully sung by Rohit John Kshetri and Shreya Sotang, written by Amrit Marahattha and Music composed by Kalyan Singh. The movie produced by Santosh Sen under thebanner of Aasusen Films Production is directed by Ram Sharan Pathak. A Dramtic romantic movie is scheduled to release in cinemas on 28 July 2017 (13 Shrawan 2074).