The national costume of Miss Supranational Nepal Shimal is a Tribute to The Gurkhas, who are known to be fearless in combat, good-natured in daily life, and to this day been renowned for their loyalty, professionalism, and bravery. The dress is designed from the ceremonial dress of Gurkhas.

Hand embroidery and embellishment are done throughout the fabric and shoe to enhance the costume’s elegance. The famous curved knife signifies the bravery of Gurkhas which says, Better die than to be a coward”. Waving and flaunting the crimson flag on this international platform, this costume represents our symbolic, eternal gratitude and tribute to the Gurkhas. Thre pictures of Shimal wearing the National costume were shot by Aayush Shrestha from Madlad Productions and was assisted by Abinay, Prashrin Khwaunju, and Safal KC. The make-up was been performed by Ananeke beauty salon. The shots were been conceptualized and Directed by Rachana Gurung Sharma and was been performed at Aloft Kathmandu. 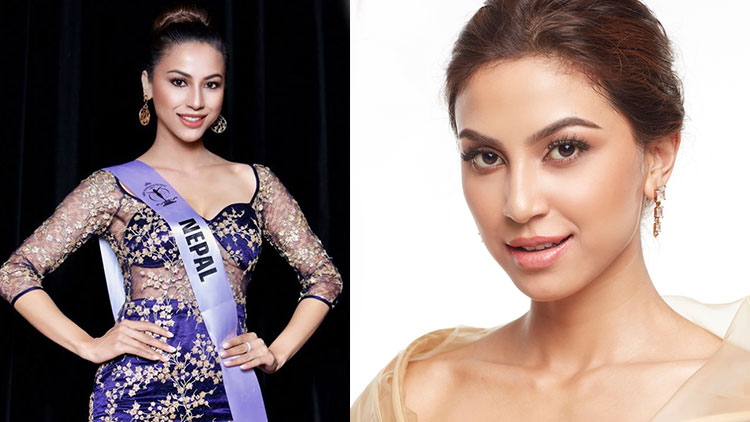 At present scene, 23 years of age Mahima Singh is been contesting at Miss Supranational 2018 being held in Poland. Five feet and...