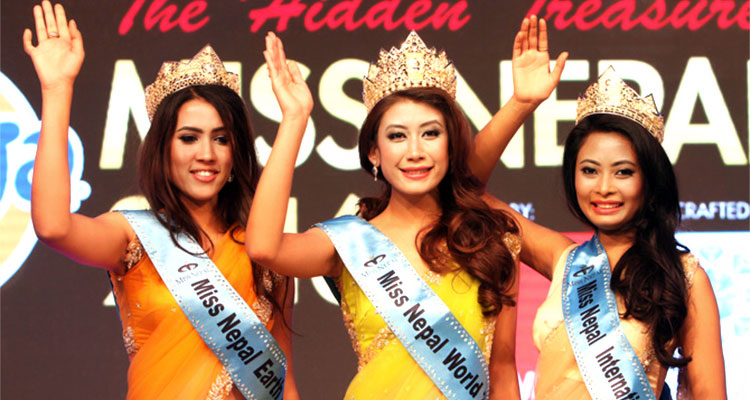 Miss Nepal Asmi Shrestha will be representing Nepal at the Miss World 2016, which is slated to be held at the Gaylord National Resort & Convention Center, Maryland, in the US, on December 18.

First runner-up Roshani Khatri will join at the Miss Earth, which will be held at the Mall of Asia Arena, Pasay City, in Philippines, on October 29.

Second runner-up Barsha Lekhi will participate at the Miss International, to be held at the Tokyo Dome City Hall in Japan, on October 27.

Likewise, Anshu KC, who was placed fourth at the Miss Nepal 2016, will represent Nepal at Miss Asia Pacific International, the date and venue of which is yet to be finalized.

Nepal’s highest achievement at the global beauty pageant has been Miss Nepal 2013 Ishani Shrestha’s performance, which was placed fifth out of top ten finalists at the Miss World 2013. Shrestha also went to bag the Beauty with the Purpose title at the event.