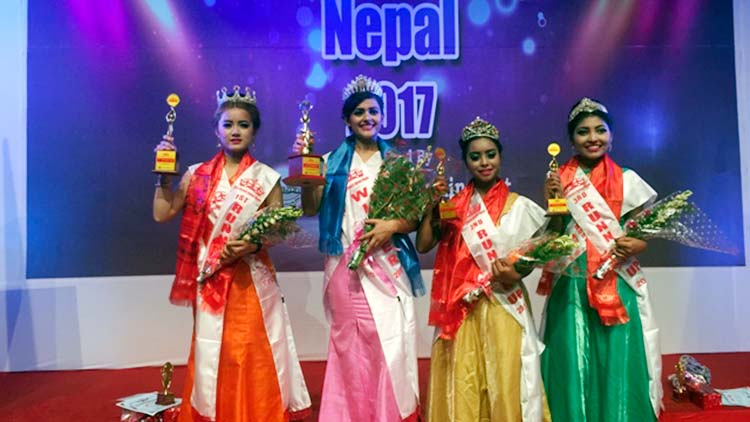 Leaving behind her thirteen contestants Manisha Pandey has been successful to be crowned as Miss Beauty Queen Nepal 2017.

The event saw Sushila Shrestha as second runner-up while Sarmila Biswakarma earned the third runner-up position. Sushila was also successful at most active category while Sarmila was victorious at most confident category.

The event was been organized by Amazon Entertainment Pvt. Ltd. and was been choreographed by Himani Subba.

Among various other sub categories; Indira Shrestha earned most popular and best smile award while Manisha Thapa was adjudged as most talented.

Likewise photogenic and catwalk award was been earned by Mamta Tamang. Similarly Kumari Ramila Rai was successful at the awards called best dress and best complexion. The event was been showcased at Rastriya Naachghar, Jamal.