The Nepalese delegate at Mrs. Universe 2018, Manisha Dangol Shrestha has earned an award. In the event, she was successful to earn the category called Angel Heart. The finals of Mrs. Universe 2018 was held in Cebu on 10th of December 2018 at Waterfront Cebu City Hotel & Casino. More than 90 married women from different corners of the globe were seen competing for the major category of the event. Mrs. Monaco was victorious to be crowned as Mrs. Universe 2018. 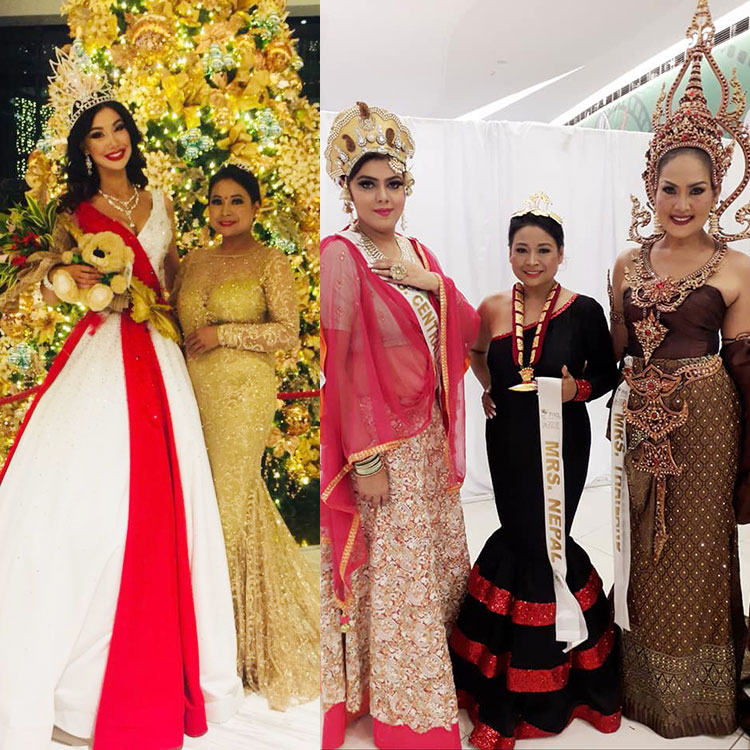 The Goodwill Ambassador of Cerebral Palsy Nepal, Manisha is not only a successful Business Woman but also a very active woman philanthropist been working towards women empowerment and rights since more than a decade. She owns a brand called London Fashion House aimed to promote Nepal made products and create the market for Nepalese skills and creativity in the international scene.

The Chairman for Mrs. Nepal UK, Master and Miss Nepal UK, she is also Publisher of first ever Nepalese Women International Magazine, Today’s Woman. A mother of two, was first Youth Coordinator of Non-Resident Association of UK and currently serving as an Advisor has certainly a lot to be proud of.

Earlier, during an event been held in Kathmandu, E planet Pvt. Ltd. the organization that has been able to set the remarkable achievement both at national and international arena in the pageantry scene officially crowned Mrs. Manisha Dangol Shrestha as Mrs. Nepal Universe 2018. Regarding her participation at International pageant, Manisha went through the training sessions from Choreographer Mr. Rojin Shakya.

Mrs. Universe is an international and global beauty pageant opened to married women all across the world who are between the ages of 25 to 55. The event is dedicated to responsible spouse, women empowerment and human rights.