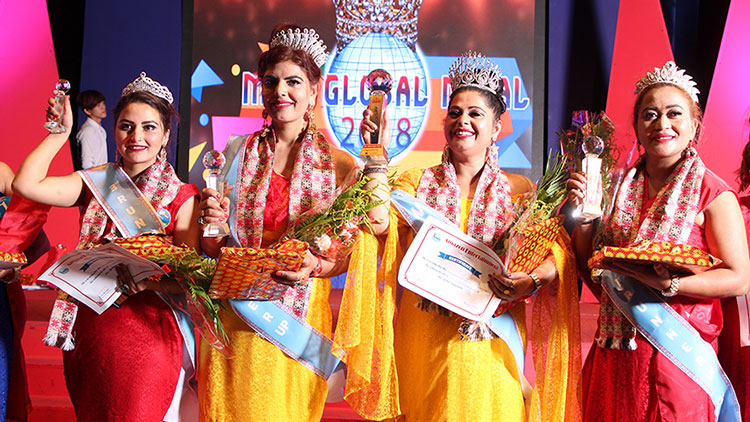 The pageant dedicated to married women called Mrs. Global Nepal 2018 has been completed finalizing Durga Poudel as the new season winner of the competition.

Likewise Radhika Regmi completed the event as third runner-up and was also awarded as most attractive. The event was been showcased at Rastriya Naachghar, Jamal under the banner of Amazon Entertainment. The event was choreographed by Himani Subba.