9th edition of The College Ambassador event has finalized its competitors through a screening session conducted recently in Kathmandu. 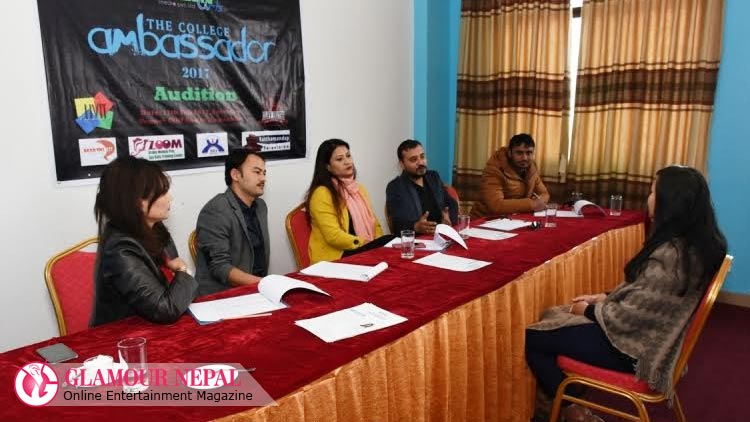 During the screening session around four dozen college going male and females showed up to face the audition. As told by Green arts media, the organizing team; the finale of The College Ambassador 2017 would be showcased on 23rd of Falgun 2073 at Rastriya Naachghar, Jamal.

Before the final combat, the selected candidates would through grooming session on various areas and would be trained under the choreography of Anila Shrestha.

The event that officially took off back in the year 2007 has produced faces who are popular in various arena mostly in media. Some of them to be noted are Suraj Giri, Presca Udas and Khusboo Pradhan.