The event targeted to the college goers named as ‘The College Ambassador 2019’ has been completed. Hosted at Mirage Lords Inn, Kathmandu has finalized Angel Thapa Magar as the male winner while Pooja Puri has been elected as the female winner. Angel was also successful as most intellectual while Pooja also lifted the award called best smile. 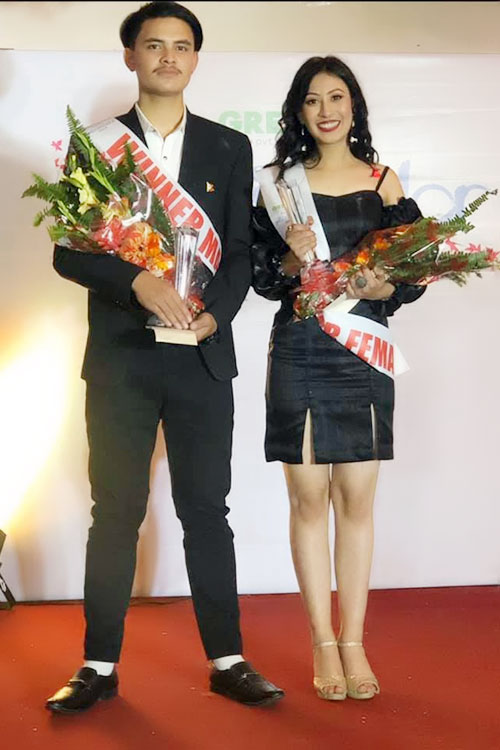 In the event, Bishal Regmi and Samyojana Mahat were been decided as the first runner-ups. Organized by Green Arts Media Pvt. Ltd. the event was been choreographed by Mrs. Nepal Universe 2019, Anila Shrestha. Among the contestants Barsha Upreti bagged ‘most talented’ and ‘most popular’ award.