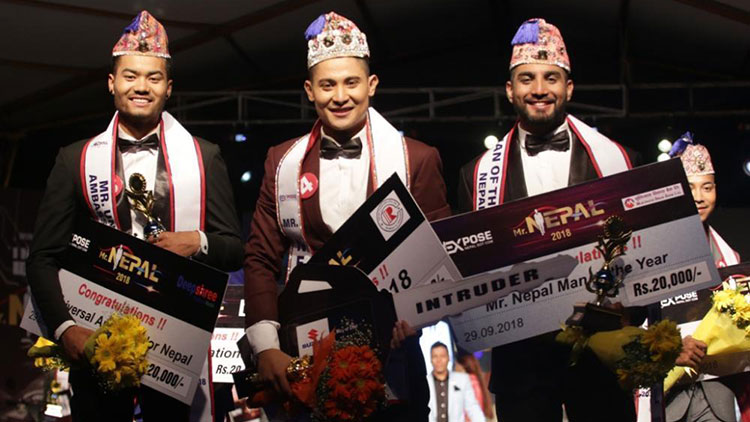 Along with the major title of the event, Bikalpa earned cash prize of rupees fifty thousand and a brand new Suzuki intruder two wheeler and would be representing Nepal at Mr. World event.

Likewise Sagar Pariyar was been awarded as Expose Nepal Tourism Ambassador. The event organized by Expose Nepal.com was been showcased at Hotel De la Annapurna, Durbarmarg. The event was been choreographed by Dikpal Karki and was assisted by Mithun Thapa and Nabin Shrestha.