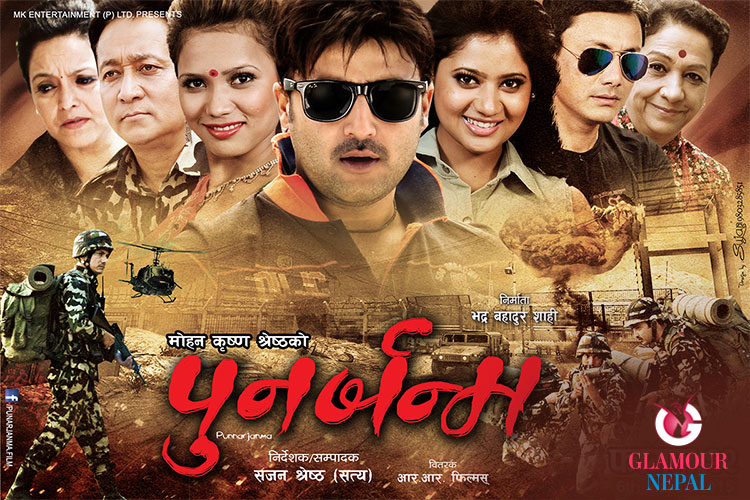 Nepali movie PUNARJANMA made public the trailer of the movie at a press conference in the capital on Tuesday. At the program, producer Mohan Krishna Shrestha informed that the movie has presented realistic story of an army’s family during the armed conflict.

Actor Aryan Sigdel said that the film has raised truthful story than professionalism of the movie. “The movie will show the impact of the conflict on an army’s family,” he said. Also speaking actress Keki Adhikari said that the movie has also presented the marital life of the army officer.

Director Shrestha said that the movie is based on true story, but it doesn’t present incidents of a particular person. Along with Mohan Krishna Shrestha, Bhadra Bhadur Sahi has also invested in the movie under the banner of MK Entertainment.