27th of February 2017, saw the hunt for Supermodel contest and Miss Globe International Nepal 2017. Both the events share the same stage and was been showcased at Rastriya Naachghar, Jamal. Organized by Ribbon Entertainment; Supermodel contest 2017 witnessed Gaurav Pravash and Rusby Prasai as the winners. Rusby was also been declared as the winner of catwalk and most friendly awards. 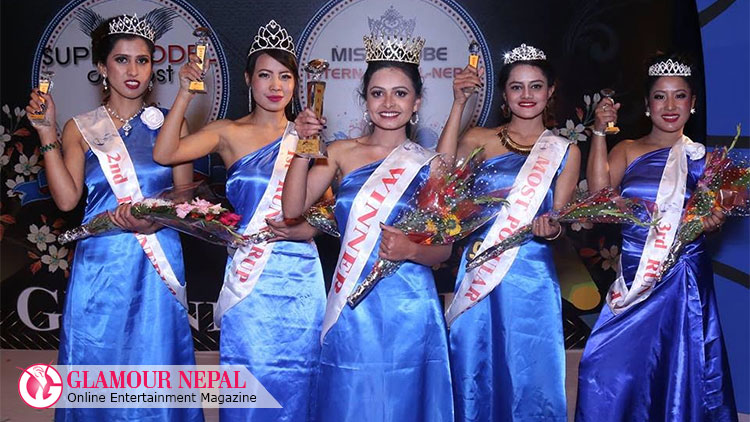 In the event Manoj Thapa and Atit Lama completed as first and second runners-up respectively. Manoj also bagged the award of photogenic and most discipline while catwalk and fitness awards was been clinched by Atit. Likewise on females Anu Chhetri and Sushmita Thapa were declared as first and second runners-up respectively. Anu was also successful at talent award while Sushmita took away the award of best fitness.

On the other hand Star one entertainment showcased the event called Miss Globe International Nepal 2017. The event saw Meena Baskota as the winner. She was also declared as the winner of awards of talent and most active. In the event Rabina Kharbuja stood first runner-up while Sanju Neupane and Babi Shrestha was elected as second and third runner-ups respectively. 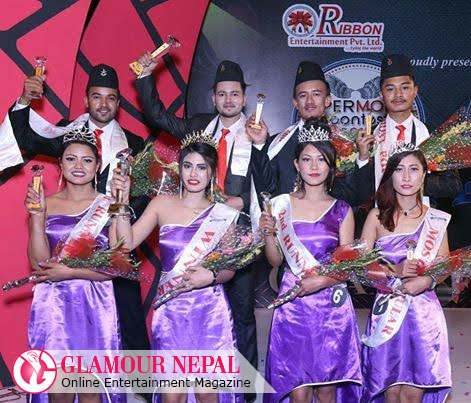 Rabina was also victorious at the awards of catwalk and photogenic. Likewise Sanju was chosen as the winner of titles called fashion icon and facebook choice while Bobby grabbed the award of most friendly. Both the events; Supermodel contest and Miss Globe International Nepal were been choreographed by Aswini Jha.