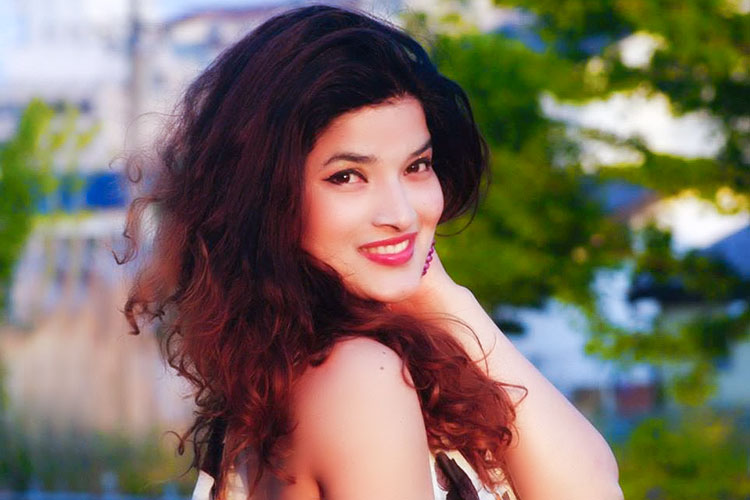 Glamour Nepal, Kathmandu
who might not dream of watching his/her debut film flanked by the audiences? Actress Chadani Sharma has a similar dream. But, it is unlikely that the dream of ‘Stupid Mann’ actress will come true any time soon. The production unit of the film said that there are slim chances of Sharma, currently in Japan, arriving in Nepal.

She will miss the chance of directly interacting with audiences due to problems in her visa process. Chadani had turned enthusiastic after the trailer and songs of the film had won hearts of audiences. After failing to arrive in Nepal for promotional activities, she promoted the film through her Face Book page.

Chadani has played a role of a Nepali girl living in Thailand in the film directed by Diwakar Bhattarai. Actor Neeraj Baral has invested in the film. Along with Chadani and Neeraj, Jeevan Luitel, Martin Khan and debutant actress Riju Shrestha can be seen in the film. The film ‘Stupid mann’ has released on 24 October 2014 (2071 Kartik 7).