The first song by her at the age of 15 years was, ‘Simsime Paanima… Jyanle Beman Garchha Ki Jindaganima…’ Rekha Shah grabbed first position in the countrywide folk song competition organized by Radio Nepal through this song in 2049. 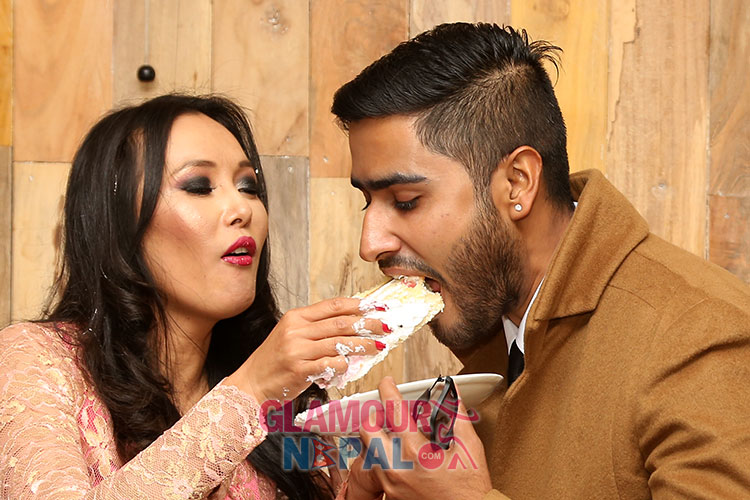 She reached height of success through the song. In her two-decade of musical journey, Rekha released many albums, but the popularity of ‘Simsime Paanima…’ never decreased.

The singer has brought the remake version of the song on the occasion of her birthday. The song was limited to audio till date. At a program organized in the capital on saturday, editor of Kantipur Saptahik, Subash Dhakal unveiled the music video of the singer.

Watch Here ! photos of the Event. click on small images to view LARGE.

Rekha Shah readied the music video by recording the famous song after 21 years. She opined that she spent money and time for the music video. Rekha and Amir Sheikh have acted in the video directed by Nitin Chand and choreographed by Renasha Bantawa Rai.