Priya Sigdel, the official delegate from Nepal for the pageant has recently earned an award in the competition. She was been awarded as Miss DV Boer Ambassadress from Fire Group of the event.

By Rojin Shakya,
It’s been near about a month, the eighty- eight global beauties giving their best effort to be noted as the next queen for Miss Earth pageant being held at Philippines. Various preliminary rounds and competitions for special awards are being conducted.

Priya Sigdel, the official delegate from Nepal for the pageant has recently earned an award in the competition. She was been awarded as Miss DV Boer Ambassadress from Fire Group of the event. 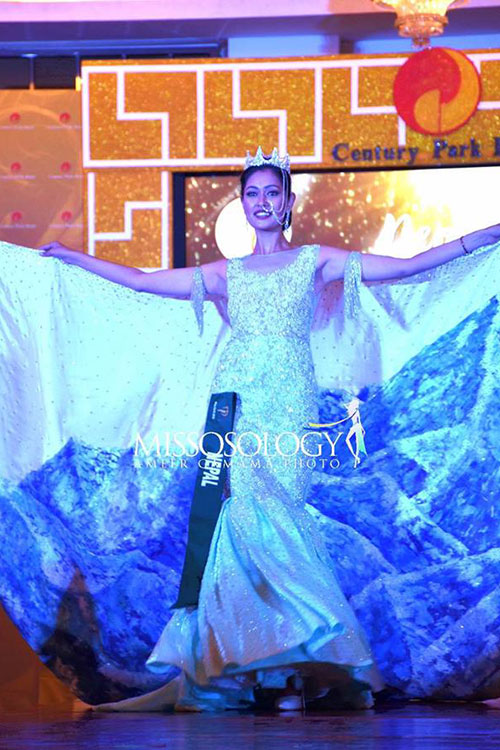 During the National Costume competition of Miss Earth 201, Priya flaunted the designer wear inspired by the tallest mountain of the world, Mt. Everest. The dress was been designed by designer duo Samrat Rai and Ojashwi Shrestha.

23 years of age Priya is five and eleven inches tall and has done graduation in Development studies. She was been crowned as Miss Nepal Earth 2018 in the finale of Miss Nepal 2018 organized by The Hidden Treasure.

The grand coronation of 18th season of Miss Earth pageant is scheduled on 3rd of November 2018 and would take place at Mall of Asia Arena in Pasay City, Philippines. 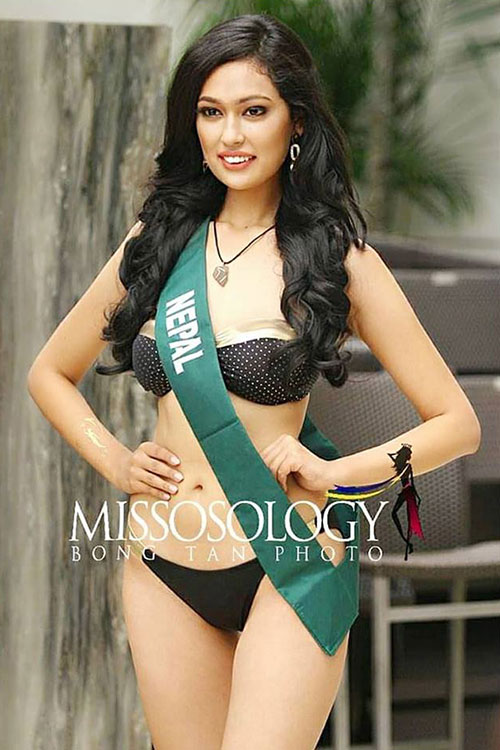 This year the Eco Media competition winner would automatically secure the spot for Top 18. This would include the combined winner of Best Eco Video award judged by special panels and the delegate who has the most votes in social media. Here is the procedure to vote your favorite delegate.

1 Share = 1 Vote
Share the photo of your favorite delegate with the following hashtags: #MissEarth(Country)2018 #MissEarth2018
Shares with NO valid hashtags will NOT be counted. Voting Period: October 23 to November 3 (12:00 noon, Philippine Time)

The accumulated number of valid Facebook Shares and the number of Instagram Likes, will determine the Online Popularity Score which is 50% of the Eco-Media Competition Scores.