Poster of the film ‘Bhairav’ through which actor Nikhil Upreti is making comeback has been unveiled. Distributor Gopal Kayastha made public the first look poster of the film through his Facebook. The actor is seen in six packs in the poster. 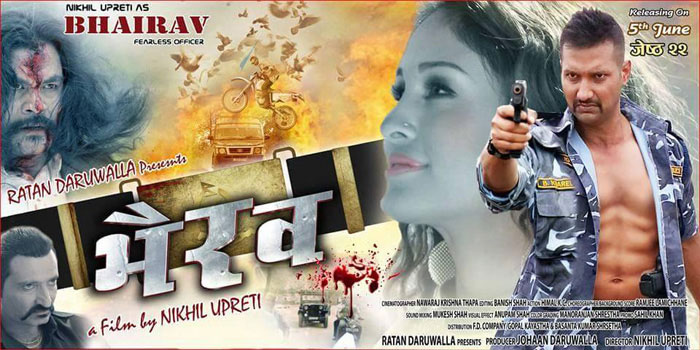 The movie tells story of illegal activities along with smugglings along the Nepal-India border in which Nikhil will be appearing as a police officer. The film currently in postproduction will release on Jestha 22. Anu Sha is the Nikhil’s partner in the film. 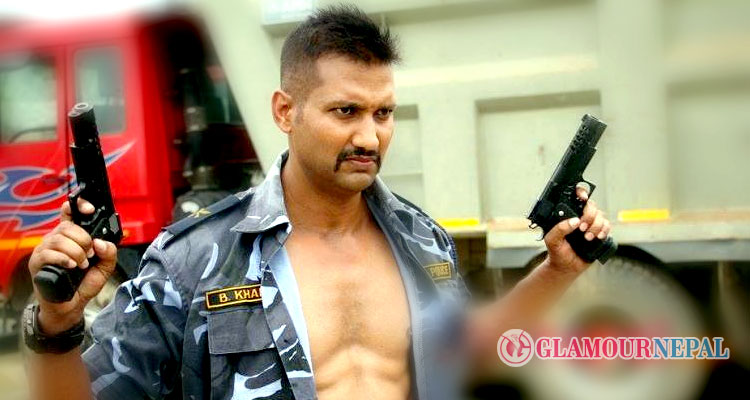 Nikhil had made his mark as action actor by jumping from seventh storey of Kantipur Complex. After Nikhil reached Mumbai and Biraj Bhatta became involved in Bhojpuri films, there appeared lack of stars in Nepali movies.