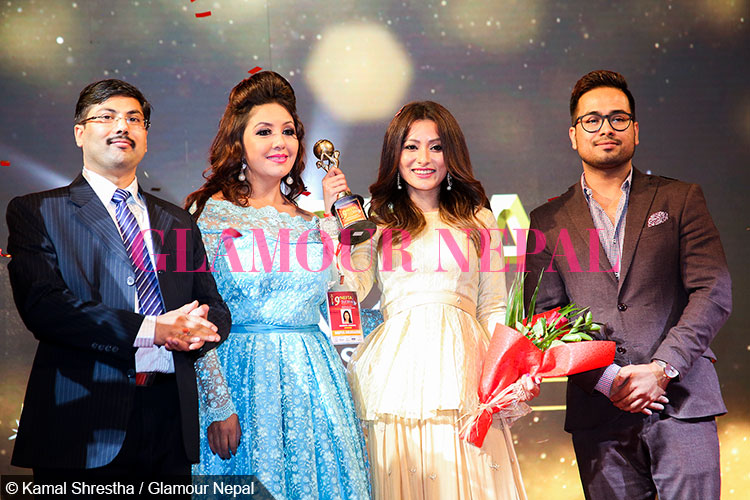 Also honoured were the duo Sitaram Kattel (Dhurmus) and Kunjana Ghimire (Suntali), with ‘Prithak Yogdan Award’, for their “selfless service to the nation in the time of crisis”; while ‘Protsahan Samman’ was conferred to Deepa Shree Niraula, director of Chhakka Panja—the film is currently being screened across theatres in UAE.

The award ceremony, thronged by hundreds of Nepali film enthusiasts living in Dubai, also honoured Concept Vision Film Distribution, the organisation which kicked off the regular screening of films in Dubai a couple of months ago.

Concluding the ceremony, chairperson of Nefta thanked the immigrant Nepalis for their “indomitable love and support for Nepali cine industry” and reiterated the need to globalise Nepali film industry; “the very essence of organising the award ceremony overseas is to honour the support shown by cine enthusiasts here who have encouraged us to go a long way in our pursuit to globalise our cine industry.”

The performances were kicked off with a belly dance by Layla, from Turkey. The event was hosted, interchangeably, by Dinesh DC, Jitu Nepal, Deepak Raj Giri. The event saw performances by superstar Rajesh Hamal, Karishma Manandhar, Naazir Hussein, Malina Joshi, Shankar BC, Salon Basnet, and Rishta Adhikari, among others.