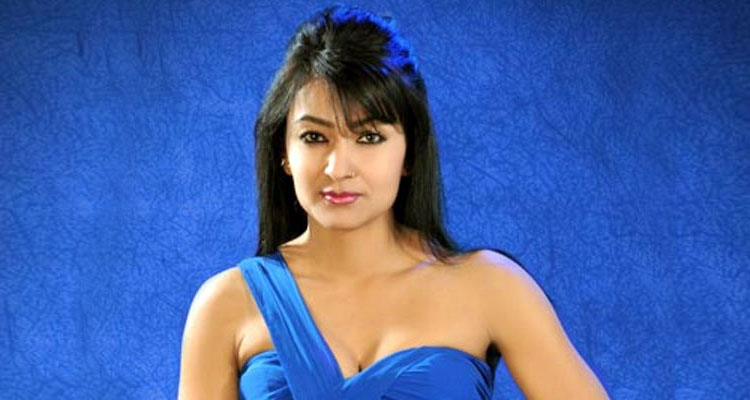 Glamour Nepal, Kathmandu: Weaving a dream to reach for the Oscar Award, Actress Jharana Thapa is presenting herself in two Maithili movies. Jharana is debuting in the Maithili language movies- ‘Apan Desh Nepal’ and ‘Maa Ka Darda’-being produced under the banner of Manjita Cine Creation Pvt Ltd Biratnagar as a leader actor. The film project has been started from Biratnagar amid an auspicious occasion.

Jharana said that she was elated to get a chance to play on two Maithili movies. She also vowed to work with an aim to take both films at the Oscar Award. “There might be some challenges due to the language barrier. However, it’s like doing and learning,” said Jharana, adding “I have an aim to take both films to a height even by acting after understanding the script and parroting the scripts.” She has earlier acted in a Bhojpuri movie ‘Didi Tohar Dewar Diwana’ which was a super hit.

Bijay Kamat will be her co-star in both movies whose stories are full of social and patriotic messages. Raju Chaudhary is the director of ‘Maa Ka Dard’. Raj Mani Chaudhary, Bijay kamat and Bharat Thakur are the producers of both movies. The production unit has informed that the shooting of both movies will be completed within four months