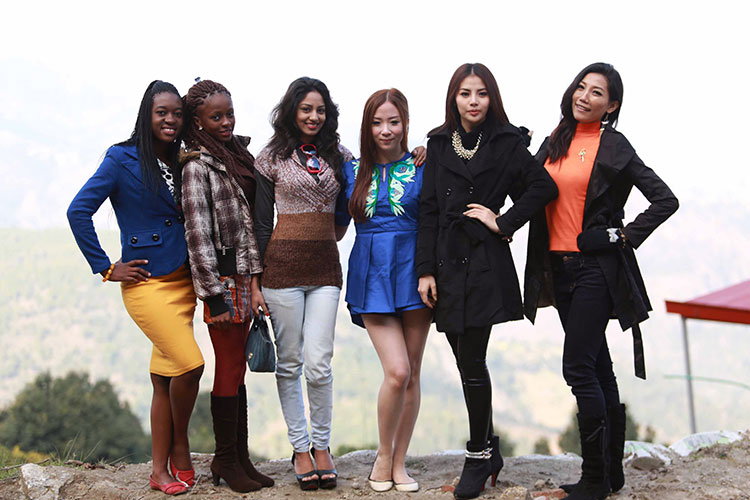 Glamour Nepal,
Standing up for the slogan ‘Buddha and Mount Everest are the identity of we Nepali’, the pageant that aims to promote and conserve heritage, culture and tourism of Nepal, Miss Heritage International 2014 is now moving towards its final countdown. The event to organize by E-Planet Nepa would be the first international beauty pageant to be held in Nepal upon agreement with Sipiti Media (Zimbabwe), the initiators of the event.

The arrival of international participants has been started. As per that the representatives of the countries like Zambia, Sierra Leone, Myanmar, Singapore, Thailand, Bangladesh have already been reached whereas the representatives from the countries like India, Malaysia, Haiti, Ecuador, Macau, Zimbabwe, Nigeria, Namibia, Cameroon and others are hoped to be arrived by 28th of November 2014. In the competition Nani Thapa is representing Nepal.

According to the man behind the event Mr. Santosh Sapkota, ‘The pageant will be an effective platform to promote heritage, tradition, art, culture and tourism of Nepal’. He further added that the event will make Nepal familiar in the global arena and will help to promote cultural exchange as well.

The grand finale of the event is scheduled on 5th of December 2014 at Army officers club, Sundhara. The participants of the event would be involved in various events and preparation phase before the finale. Among which the tour which would cover the major destinations of Kathmandu, Bhaktapur and Lalitpur having the cultural, tourism and heritage value. The participants would also have a trip to Lumbini and Chitwan as well.

The other remaining activities related to grooming and event activities would be conducted within the close camp stay at Nagarkot Hillside Village Resort, Nagarkot, Bhaktapur. The event would be choreographed by Rojin Shakya and would be coordinated by Anurat Kosakul from Thailand. Apart from the National costume round, Environment awareness dress round and evening gown round, the dress for one of the round of grand finale would be designed by fashion designer Sama Banu.