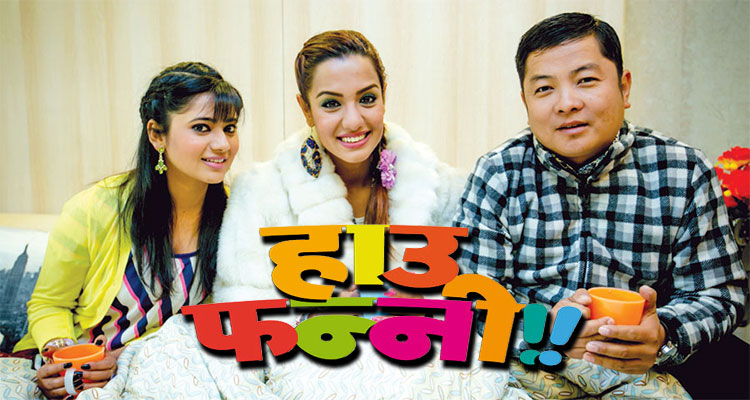 The trailer of the most awaited movie HOW FUNNY has been released, along with a ceremony at Q’s Cinemas. The movie is directed by debutant Nilu Doma Sherpa and it’s a joint venture of A Tiny but Big Pictures Production and of Eyecore Films.

The movie features Priyanka Karki and Keki Adhikari in lead character while Nisha Adhikari, Daya Hang Rai and Anoop Bikram Shahi will be seen in the movie.

The movie is slated to release nationwide on 22 April 2016.