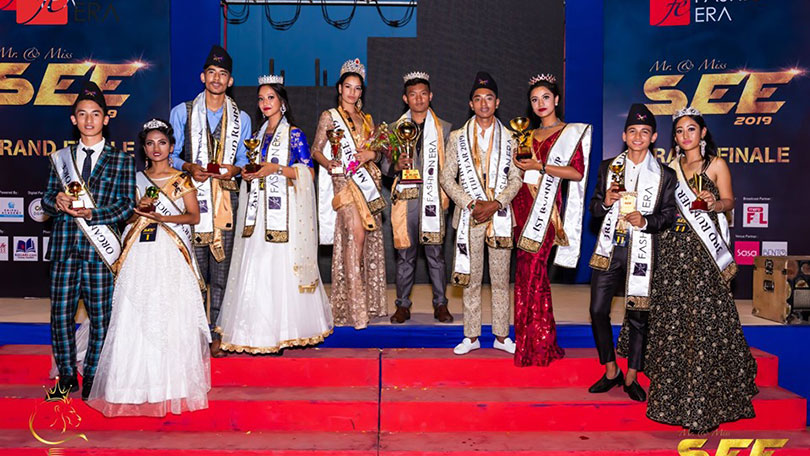 In the grand finale of Mr. & Miss SEE 2019, an event executed for the Secondary education exam, SEE appeared students, Yubaraj Gurung and Soniya K.C. has been victorious earning the key award of the event. Yubraj was also to bag the award of confident while Soniya also earned the award of talent and most active.

In the event Anish Shrestha and Sudiksha Pudasaini earned the first runner-up position while Anish K.C. and Aishwarya Pradhan bagged the second runner-up position. Anish also earned the categories of best photogenic and Mr. Physique. Sandep K.C. and Jenna Maharjan completed as the third runner-ups while Sujal Bam and Sanjeev Tamang Ghising were awarded as the winners of Organizer’s choice category. Sujal also earned the categories of photogenic, confident and multimedia. 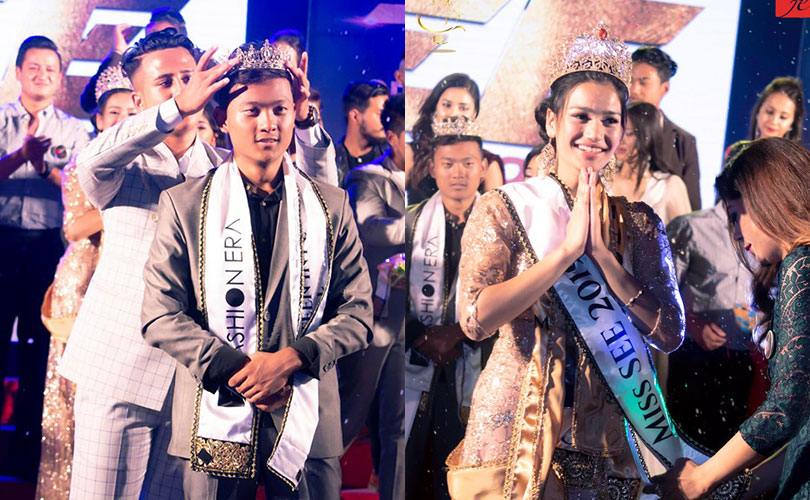 The finals of the Mr. and Miss SEE 2019 was been showcased at Nepal Academy Hall, Kamaladi, Kathmandu under the banner of Fashion Era. The event was been choreographed by Anish Maharjan and Samrigya Bhattarai.