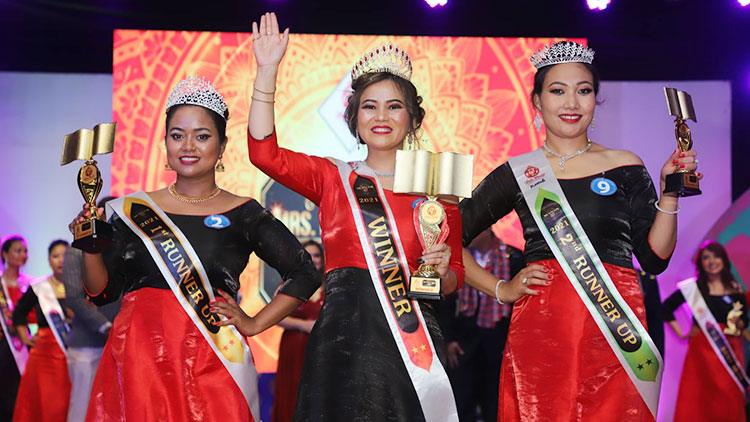 The third season of Mrs. Nepal Glam has been completed finalizing Urmila Karki as the winner of the event. Besides being the winner Urmila was also victorious at the awards called Viewer’s choice, public choice, best personality, best hair, and most talented. The event saw Ramita Yadav as the first runner-up who also bagged the most disciplined award.

Likewise, Sarita Shrestha earned the second runner-up position and was also successful at the awards called best ramp walk and most photogenic. The event was been organized under the banner of Glam world entertainment and was choreographed by Aswini Jha. The event was showcased at Music City Hall, Balkumari, Lalitpur.

Mrs. Nepal Universe 2023 has finally come to an end with the spectacular crowning of the queen, Binita Gurung. She also received...

The sixth season of Let me in Mrs. Beauty Queen Nepal was a glittering affair that saw Abhilasha Karki come out on top as the...