Live interaction with Theatre and movie actor Bhola Raj Sapkota, at ‘Speak to Me’, an online live talk show on the Facebook platform being hosted by fashion choreographer Rojin Shakya on 6th August Friday 6 pm. 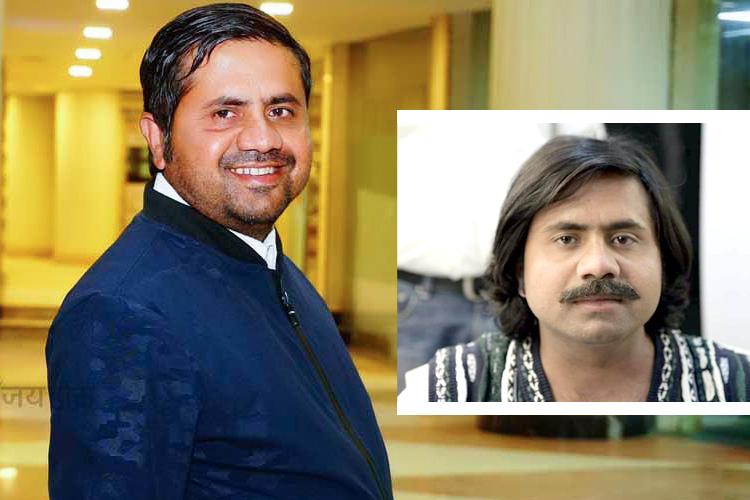 Bhola Raj Sapkota is one of the finest actors in the Nepali cinema industry who has wowed the Nepalese audience through his versatile acting skills performed through various characters he has performed for. A trained theatre artist, Bhola has performed dozens of times at theatre before being seen on the silver screen of Nepali Cinema. More than the dozen movies, the man has performed for. Sano Sansar, Jhumki, Jatra, Pinjanda Back Again, Pandit Bajeko Lauri, Kagazpatra, Kumva Karan, Cha Cha hui, Shree are some of them to be mentioned.

Lately, he was starring in a movie called Kaushid. Besides being in the movies, Bhola has also performed for music videos. The latest one is ‘Mero pani hoena ra yo desh’ by Prakash Saput.

Bhola began his journey as an actor right from his school days. He did his first play, ‘Murkha Birami’ as a 7th grader at Bansha Gopal Higher Secondary School in his hometown, Hetauda. The sky is no limit; this was been proved for this talented actor when he was spotted with Bollywood heartthrob Ranbir Kapoor as his friend in the movie called BARFI which was been a big hit at Box office. Other than acting, the man is also into training the aspirants via workshops, acting classes, etc.

The 86th edition of Speak to me would go live on 6th August Friday at 6 pm on the Facebook page of Rojin Shakya and would be covered by glamournepal.com, the promotional partner for the talk show.