Garima Sharma is a well-known Nepali Music Video Actor and Social Media Influencer with a large number of followers and likes on Tik Tok. 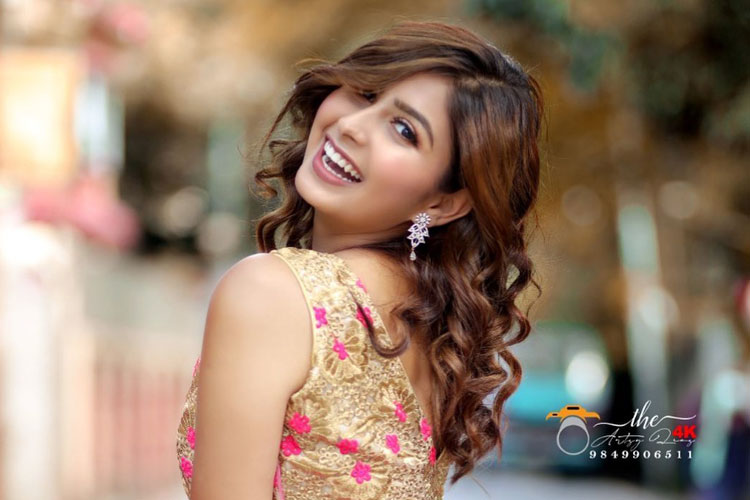 On Thursday the 21st of October 2021, ‘Speak to Me’ a live online talk show by fashion choreographer Rojin Shakya on social media platform Facebook would be witnessing conversation with Music video actor and Social Media Influencer Garima Sharma.

Garima Sharma is a well-known Nepali Music Video Actor and Social Media Influencer with a large number of followers and likes on Tik Tok. Though Garima joined Tik Tok only back in 2019, these days Garima has become one of the most popular Nepali females on Tik Tok. She has 616.4K plus followers on Tik Tok while she has crossed 13.9M views. Likewise, at Facebook, she has over 18000 followers and on Instagram, she has 33K plus followers. She is equally at YOUTUBE and has her own channel under her name Garima Sharma and has 18.9K plus subscribers.

Though she started her career in music video modeling quite early but became noticed through the video of the song titled ‘Naboli Naboli….’ Sung by Prabin Bedwal and Samikshya Adhikari which has 24M plus views so far. Acted in more than four dozen music videos, the lady has been paired with the most popular music video models and actors like Paul Shah, Pushpa Khadka, Aakash Shrestha, Durgesh Thapa, and Prakash Saput.

Born and raised in Bharatpur, Chitwan. Garima did her schooling at Skyrider Higher Secondary English Boarding School, Sauraha Chitwan. 19 years of Garima Sharma is pursuing her studies at Bachelors level. Five feet and four inches tall, Garima was earlier noticed at Miss SLC Nepal 2017 organized by Events Nepal where she was been awarded as Miss Personality.

The 92nd edition of Speak to me would go live on 21st October 2021 Thursday at 6 pm on the Facebook page of Rojin Shakya and would be covered by glamournepal.com, the promotional partner for the talk show.