Nepali teenager Rakshya Thapa has won the major title award in the teen category of Prince and Princess of the Universe 2017 held at Russia. 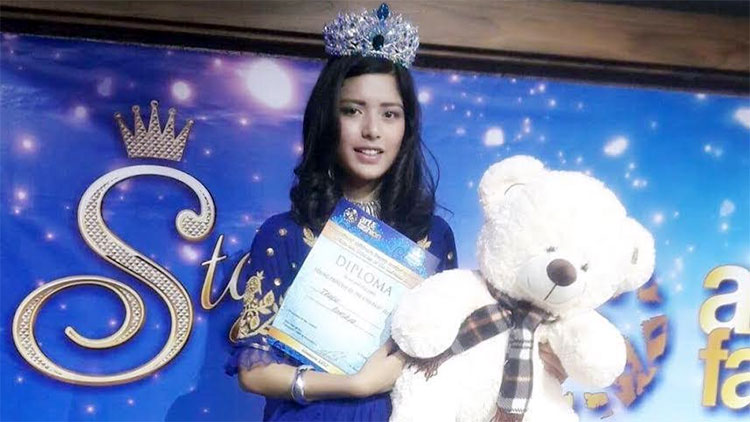 In the event Sixteen years of age Rakshya was crowned as Young Princess of the Universe 2017. The event was been hosted at Russia from 4th January till 9th January 2017 and had 31 global participants from thirteen different countries of the world. Rakshya 11th graded student at St. Mary’s, Kathmandu is also one of the finalists for Little Miss Nepal event.

The finale of Prince and Princess of the Universe 2017 was held on 8th of January 2017 at Moscow Hotel Korston, in Russia. Rakshya’s participation at event was been managed and coordinated by House of Events, the official franchise for Nepal.