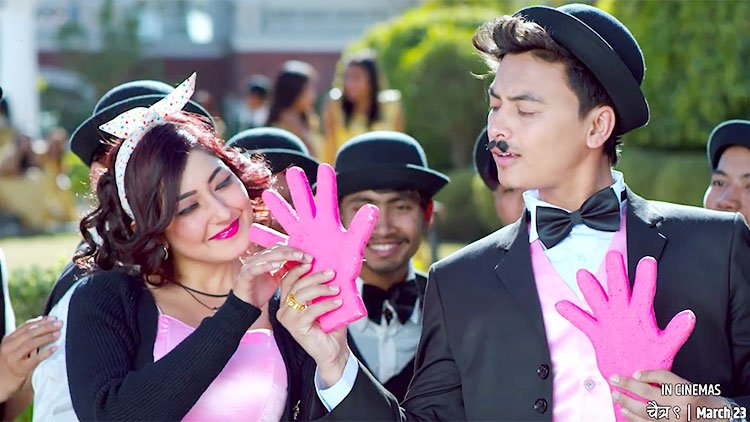 The feature film Satru Gate, slated to mark a cinematic comeback for veteran actor Madan Krishna Shrestha & Haribansha Acharya, has gone into post-production and started to promote too. Satru Gate will hit theaters nationwide on March 23.

The movie is slated to be a star-studded affair, bringing together actors and comedians, old and new actors Shiva Hari Poudel, Paul Shah, Deepak Raj Giri, Priyanka Karki, Aanchal Sharma, and Deepashree Niraula, among others.

The film is written jointly by Deepak Raj Giri and Pradeep Bhattarai; the dialogues have been written by Haribansha and Pradeep.

The film is produced under the banner of MaHa Sanchar, a production house founded by the comedy duo of Shrestha and Acharya.

According to director Bhattarai, Satru Gate is an add-on to the recent string of films that weave social satire into its narrative.