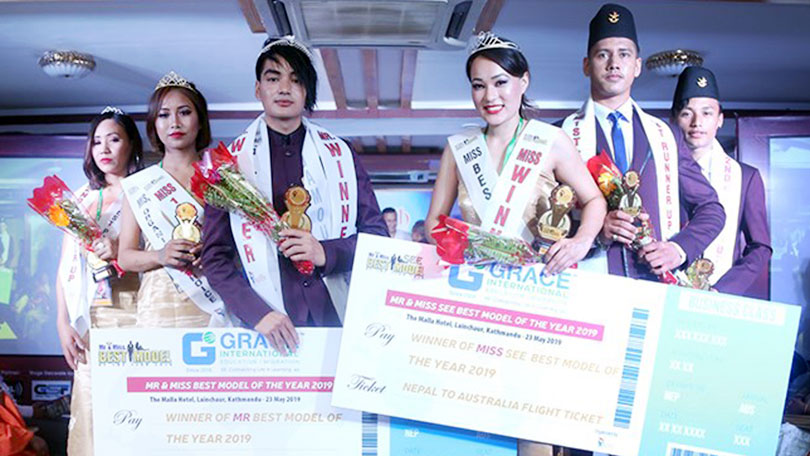 In the finals of the Mr. and Miss Best Model of the year 2019 showcased at Hotel Yellow Pagoda, Kantipath; Purna Limbu and Sona Tamang bagged the major title award of the event. The event saw Milan Bogati and Goma Gurung as first runner-up while Prajwal Mainali and Mamata Gole earned the second runner-up position.

In the event organized by Youth creation Nepal, Mr. and Miss SEE Best Model of the year 2019 was also sorted. This category saw Prabhas Syangtan and Ritika Bhujel as the winners. Swostik Dahal and Roshani Rai were positioned as first runner-ups while Swostik Dahal and Aayushma Giri completed as second runner-ups. The event was been judged by Dheeraj Tandukar, Angila Gauchan, Amit Giri and Priya Rani Lama.