The second runner-ups of the Hidden Treasure Miss Nepal 2015, crowned as Miss Nepal International 2015, twenty years of age beauty queen Medha Koirala has headed to Japan this Saturday on 17th of October for her participation at 55th Miss International 2015. Standing five feet and five inches Medha is an undergraduate student of Business Administration in Apex College, Baneshwor.

Medha is a lover of the performing arts. She is a theatre artist and was also seen in a few plays of which a major hit was ‘Yellow Comedy’ where she played Charimaya, an old, funny woman who couldn’t quite adapt to the modern world. She is the most content while performing or singing. She also enjoys writing articles and blogging. She is a Wushu player and also likes cricket. 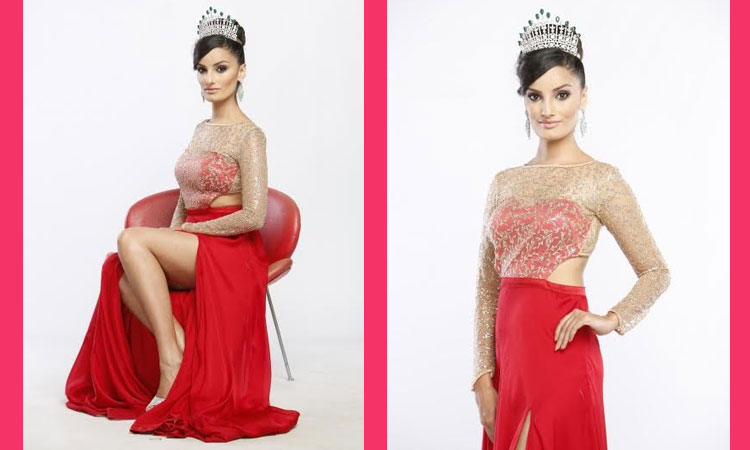 For the competition she has prepared an audio video project called Project Muskaan. The project covers the various activities right from learning of music till the presentation. The project covers the music therapy delivered by Medha to thirteen numbers of orphans sheltered at Muskaan Nepal located at New Baneshwor. Medha gave music therapy to those orphans at Nepal Music center right after the earthquake in Nepal. In one of the rounds at Miss International 2015 Medha would be dressed as the Rana Tharus of Kailali while she would be performing in traditional Nepali Jhyaure dance as well.

Miss International 2015, is been scheduled for November 5, 2015 and would take place at the Shinagawa Prince Hotel Hiten Hall in Tokyo, Japan and there would be more than seventy beauties from different parts of the world including Medha Koirala from Nepal.