The premier event in the SLC related pageant, SLC Princess has completed its sixth edition. The event branded as Himalayan White House International College SLC Princess 2016 was showcased at Nepal Academy Hall on 18th of June 2016. 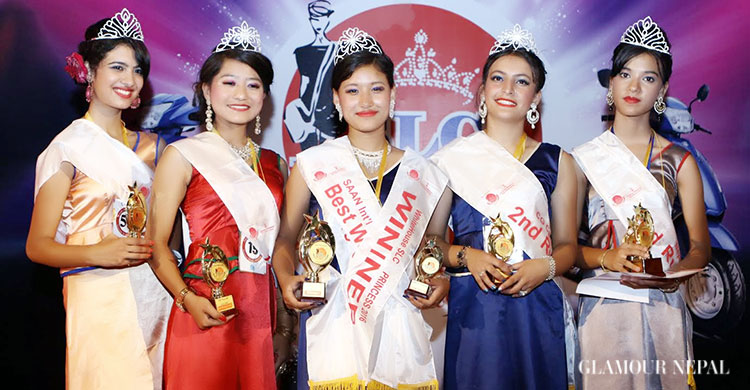 Competed by fifty SLC candidates the event saw Jophen Lama as the winner for SLC Princess 2016. She was also victorious at the awards of Best walk and Viewer choice category. She walked away with VZ Suzuki Let’s Scooter as the prize of being the winner and also with the scholarship offer at plus two educations at Himalayan White House International College.

In the event organized by Season Media and Choreographed by Rojin Shakya Pratistha Gurung made to the first runnerups position while Prashamsa Sitoula bagged second runnerups award. Prashamsa was also successful at Miss Fitness award.