News | Regional | Investment to Tharu Movies on the increase 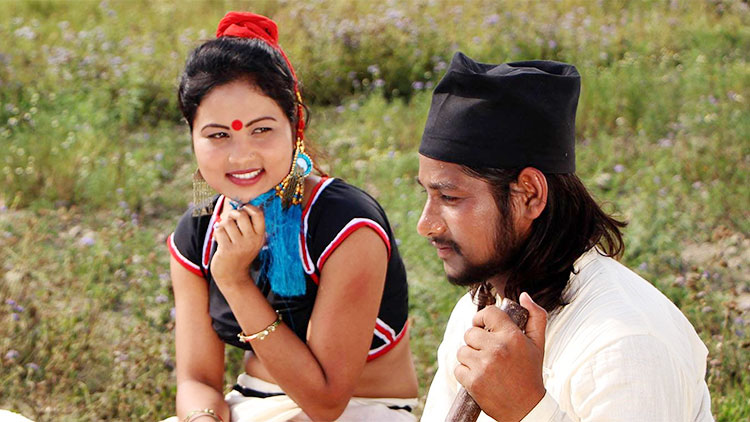 Bhurbhura Rahar, a Tharu film is slated to release on Dashain. The film, entirely shot in Tharu language, is said to have used technologies that only high-budget mainstream films are seen using. The producers have also invested a promising amount on the overall production. It is not considered wise to invest more than two million rupees on a local film’s production.

But the producer of Bhurbhura, Ram Lal Chaudhary, begs to differ. Chaudhary says, “I am not worried about covering the costs. There are millions of Tharu people living across the Tarai belt in Nepal. Our story is relevant, inspirational, and comes in a modern package. Since we’ll be releasing the film nationwide, it is bound to do well.”

Director of the film, Madan Chaudhary, says, “We have seen a steady rise in the number of audience who prefer to watch films in their mother-tongue. We believe it’s about time that we invest in the quality of Tharu films.” He further reveals that the film’s cinematography is on par with the national films being screened at multiplexes in the Capital.

A famous Tharu music video model, reveals that the pay is getting as glamorous as the music videos these days.

Last year’s release Tharu-language Tuharbina Ka Jina, which was produced with an investment of one million rupees is also said to have done well at the box office and the Bhurbhura team hope to enjoy the same if not a bigger feat.

Popular Tharu film star Anuradha Chaudhary, who played the lead in Tuharbina, says, “Making a film is not just about making profits. It’s about giving back to the society.

The responsibility doubles when you are a part of a film that’s produced in your mother language.” She also reveals that it’s only of late that Tharu film producers have become capable of paying their actors well. There have been many instances where actors work for free just so that they get a head start at their career. Anuradha has acted without remuneration in at least five of her previous projects.

Sunita Dahit, a famous Tharu music video model, reveals that the pay is getting as glamorous as the music videos these days. “I take Rs 40,000 per video. I am not disappointed. In fact, I do see a future in the industry. This has only been possible of late.”

With more youngsters now pursuing their love for acting and with producers willing to invest in the quality and aesthetics, the Tharu film industry is definitely moving up in the world.
– the Kathmandu post