RSS: Singer and media personality Komal Oli now has added another feather in her hat. Now, she has ventured into drinking water business, in an attempt to be a businesswoman. Oli, under the name Om Drinking Water and Beverage, set up the water processing factory in Golaura in Tulsipur Municipality-6 in Dang district. 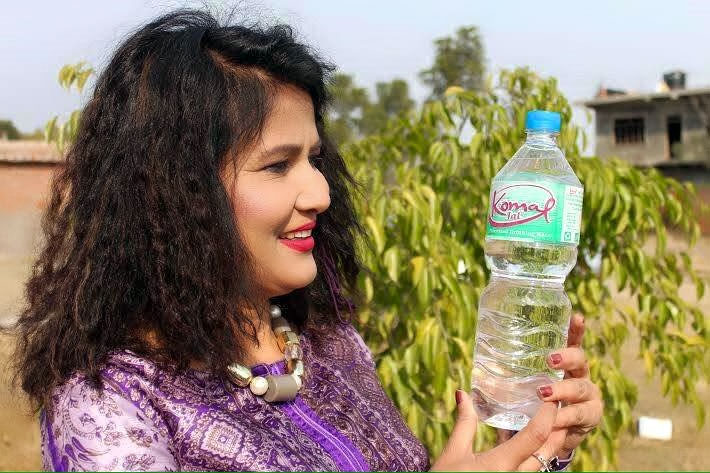 Chief District Officer of Dang, Deepak Kafle, inaugurated the factory here today amid a programme.The factory, set up at the cost of Rs 4 million, will manufacture bottled water under the brand name ‘Komal Jal’, meaning ‘Komal Water’. For now, four people would operate the factory, which, Oli said, was as a part of her social initiative to serve her hometown.

“I will be allocating Rs 10 from the sale of each bottle as a corporate social responsibility,” pledged entrepreneur-in-the-making Oli. Various artistes including comedian Jitu Nepal and Kamal Gaunle, singer Ritu Kandel among others performed during the inauguration programme.