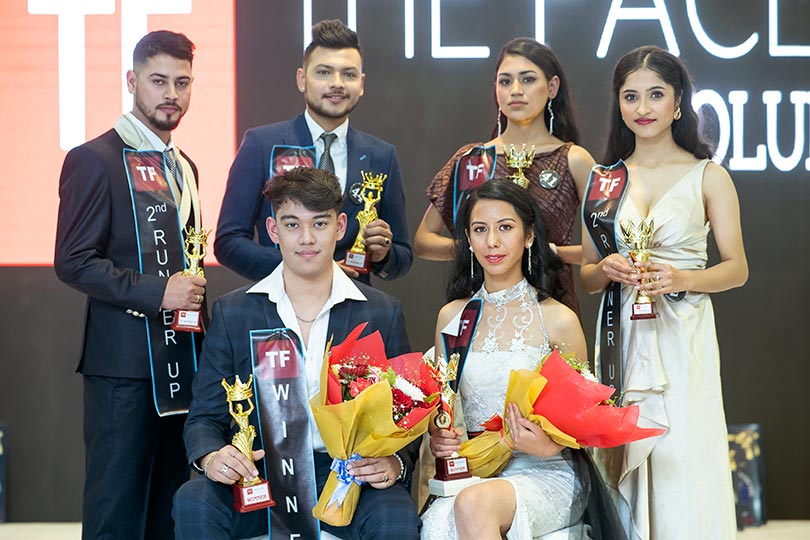 The modeling competition ‘THE FACE’ volume 2 has been concluded. The event elected Precious Shrestha and Aayushama Shah as the winners while Sajal Maharjan and Fibika Chaulagain earned the first runners-up position. Aryan Karki and Preety Bhatta completed the event as second runners-up.

The event showcased as Maxim Banquet and events, Kupondole Height, Lalitpur was been organized by U can fly fashion. The event was been directed by Samshad Shah and managed by Sweekrity Pyakurel.

The event, where 16 female and 13 male models were on the battlefield, was judged by Actor and TV personalities Suraj Singh Thakuri, Anoop Bikram Shahi, and Mr. Nepal World 2019 Dr. Santosh Upadhaya.

The contestants walked on the runway flaunting traditional wear from Zardozi by Amitesh Karn, party wear from Scintilla fashion by Priya Rai, cocktail wear from Aaroops designs by Aaroop Jung Kshetri and winter wears from RDS collection by Sareena Lama. The event was been choreographed by Sujit Bashyal.