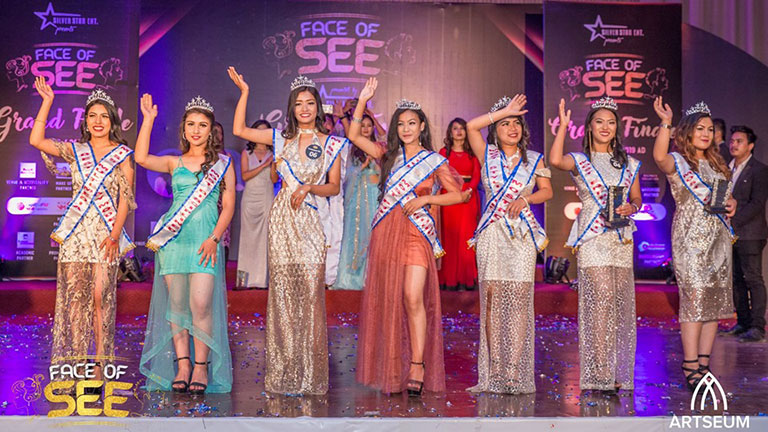 The finale of Face of SEE 2019 has been completed in Kathmandu. Showcased Russian Center of Science & Culture, Nepal, Kamalpokhari, Kathmandu, the event elected winners in different categories.

The event had seven finalists among them, Christina Khadgi was awarded as best runway model and miss multimedia while Prasiddha Thapa Magar was successful at the awards of most stylish, best video model, most popular and miss personality.

In the event, Roshni Tamang bagged awards called most glamorous, most intelligent and most photogenic while Pema Tamang bagged miss friendship and most energetic award.

Similarly Sumina Maskey earned the awards of miss talent and best figure while Trishna Salmi was awarded as most confident while Rachana Singh Thapa bagged the award of most disciplined.

The event was organized under the banner of Silver Star entertainment and was choreographed by Sanish Shakya.