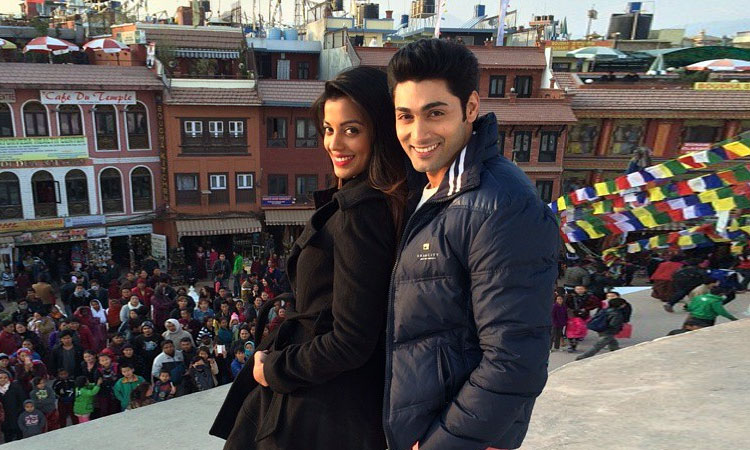 Glamour Nepal, Kathmandu,
Few days before Bollywood movie ‘Baby’ released, some part of the movie was shot in Nepal. Another Bollywood film is being shot in Nepal. Actress Mugdha Godse and and Actor Ruslaan Mumtaz have arrived in Kathmandu for filming in Nepal. They have also shared their pictures taken during Kathmandu tour on Instagram.

Mugdha and Ruslaan had debuted in films through ‘Fashion’ and ‘MP3 – Mera Pehla Pehla Pyaar’ respectively.

According to source; the film in which the couple will be seen in lead roles is named ‘Dangerous Facebook’. Although the artists of the film are Indian and the language is Hindi, the film is being made by Nepali film makers. The film will be produced by Manoj Narayan, directed by Sanu Shakya and shot by Sanjay Lama.

Kabiraj Gahatraj will be dance choreographer and Roshan Shrestha will be fight director. The film will be shot in Lumbini, Pokhara, Josmom and Kathmandu in Nepal and in Mumbai of India.