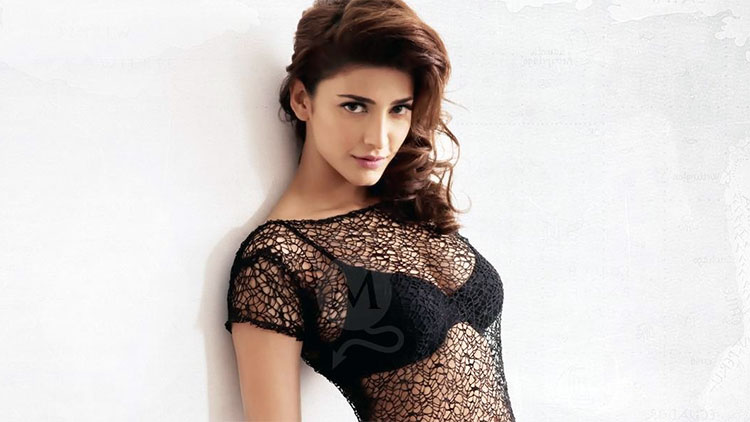 Shruti Hassan is an Indan Film actress and singer who work predominantly in Telugu, Tamil and Hindi language films.
Born to the prominent Hassan family, she is the daughter of actor Kamal Hassan and Sarika Thakur. Through her successful career, she has received three Filmfare Awards and has established herself as one of the leading actresses of South Indian Cinema. She has a Bachelor of music from Musicians Institute California and is one of the most desired women in the nation.